I know it took me a while to update and I SINCERELY apologize but the internet connection here has been shoddy at best. Now I have a full battery and full connection so of course the first thing I do is check up on my ActiveRain (wink wink Kerrie). Germany has been an absolute blast. My family and I have been blessed with 90+ degree weather and sunshine all around. Today is actually our first day of rain and I gotta tell you, it's beyond refreshing for me.

I really am a Seattlite at heart.

What I've been doing

I've had a pretty full schedule since landing here. I arrived Sunday evening and I've been stuffing my face with German beer and local Bavarian food since the moment I've got here. I'm staying in Starnberg, Germany which kind of reminds of Lake Chelan in Eastern Washington. We're right on the lake so it's a charming little lake town.

And oh my lawd. I don't know if it's just because it's a rich part of town but there are CRAZY number of good lookin vehicles around town. I'm not really much of a car person but after seeing the number of Audis, BMWs, and Porsches I think I'm becoming one.

Also, I'll admit (in the sanctity of my own blog) that I'm not much of a beer person. But German beer will make anyone a believer. Granted, I've been dehydrated since I landed here because 1.) even though I THOUGHT I learned how to order flat water, I'm still getting mineral water and 2.) beer is cheaper than water, but I still think my wits are about me enough to be able to tell you das gud bier.

I wish I was better able to recap all the places I've been to but thus far I've hit up as many beer gardens and beer houses in Munich as I could, paid my respect in Dachau, visited a monastery in Andechs that brews AWESOME beer, and saw where Mozart grew up in Salzberg, Austria.

That's it for now. It might be midnight around where ya'll are at but for me, I haven't eaten breakfast yet. I doubt I'll be able to update again before I get back but I hope everyone is doing well! See ya soon! You look so happy!!  Thanks for the update....FINALLY!!!  Do they have veggie dogs?  Mmm so good, with cream cheese and sauerkraut.  Yum!  Be safe and we'll see you soon!

Sounds like you are having a great time!! Can't wait to hear more about it when you come back. 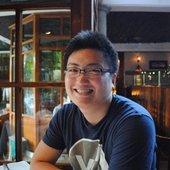