I couldn't resist re-posting this.. come on.. I'm in the sunshine state!

The first day of summer is finally here—and that means the beaches will be packed with people this weekend to celebrate the official arrival of the sunniest season around. A lot of those folks will be taking part in a tradition that’s probably been around since people have been visiting beaches. I am, of course, talking about sandcastle building. (What did you think I was going to say? Swimming?)

The other Movoto bloggers and myself thought we’d be remiss if we didn’t do something in honor of this changing of seasons—something that would reflect both our obsession with houses and our unending desire to determine how much of various non-traditional building materials it would take to construct one. There could really only be one answer: We’d figure out how much sand you’d need to make a sandcastle the size (and shape) of your home.

The answer: It would take 2,032 tons of sand (wet and packed) to build a sandcastle the size of an average 2,500 square foot, two-story home. That’s a whopping 31,250 cubic feet of the stuff, or enough to fill 203 standard dump trucks.

You can keep reading to find out how I came up with these figures—unless for some reason you want to keep your head in the sand.

Here’s the thing about what we do here at the Movoto Blog: Nothing’s as simple as typing “how do you make a sandcastle as big as your house” into Google, because we’re figuring this stuff out for the first time. We have to come up with the question and then find the answer.

The first thing I needed to know in order to get that answer was how much sand weighs. It’s a pretty simple question, but it turned out that there are actually multiple right answers. That’s because there are different types of sand.

Since we’re trying to build a sandcastle, and those are most commonly built at the beach, I knew I needed to find the weight of beach sand, specifically. But not just any beach sand: wet beach sand. After all, you can’t construct a sandcastle with a bunch of dry beach sand; it simply won’t hold together. You’ve got to wet it and pack it densely, which increases its weight.

Thanks to this invaluable site, I was able to calculate the weight of wet, packed beach sand. It’s actually pretty heavy: 130 pounds per cubic foot.

With that worked out, I could move on to building the sandcastle… er, house.

Normally, when we work to determine how much of a certain material is needed to build a house—say, LEGO bricks or Tetris pieces—we figure that the home is going to be comprised of walls with space in-between. For a sandcastle house, though, that’s not the case. Sure, you could build freestanding walls, but adding a roof would cause the whole thing to come apart. So, I decided to approach this build as if it were an actual sandcastle, i.e., one solid piece.

To do this, I needed to know the volume of the house I wanted to build. The “model home” I decided to use is a common one for us: an average-sized 2,500 square foot, two-story house. At 1,250 square feet per floor and with 10-foot stories, the house would be just about 25,000 cubic feet in volume. That’s not including the roof, though, so I figured out the volume for the slanted roof section, which came to 13,550 cubic feet.

Doing Math on the Beach

Now that I had the weight of our building material and the space that I needed to fill figured out, it was a simple matter of some addition and multiplication. The entire 2,500 square foot, two-story house had a volume of 38,550 cubic feet. That much sand, at 130 pounds per cubic foot, would weigh a whopping 5,011,500 pounds or 2,273 metric tons.

Just for fun, I looked up how much it would cost to buy that much sand in the event you didn’t live near a beach and had the urgent need to replicate your house out of the stuff. At $5 for a 50 pound bag, it would cost a staggering $406,400. That’s not including the water bill to wet it all.

Now that you’ve seen how I did it, you can use the calculator up top to figure out how much sand it would take to make your house and how much it’d weigh. As for me, I’ll be at the beach. 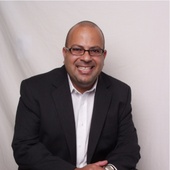