This weekend, I had a former client, a First time Home Buyer, contact me after several months.  This client had contacted me initially over a year ago, looking to buy his family (consisting of six including him and his wife) their first home.  I was totally jazzed to work with him, because he was my first lead I had received from a Craigslist campaign!  I referred him to a lender, and although his FICO was soft (a term that I use for low FICO, under 640), he and his wife were able to qualify for $340,000.

As a First time home buyer, he was unfortunately disillusioned, or maybe even brainwashed with the HGTV ease of home buying.  A year ago home prices were roughly 10-20% less than they are today (in most of Los Angeles County).  Based upon the clients criteria of four bedrooms, large kitchen, large enclosed backyard, upgraded kitchen and bathrooms....there were only a few homes in areas that he considered acceptable.  After changing the location, I found two suitable homes that offers were submitted.  We successfully received a counter offer (yes, in this market sometimes receiving a counter is considered success!); my client got cold feet.  He determined that the house did not have the "wow factor" that he is looking for.  Please keep in mind that his wife is the reasonable one, that just wants a 'starter home with potential', but clearly he is 'wearing the pants' in this relationship.  He decided that he would wait longer, to save more so that they could pay all the closing costs.  Great, at least we can write a stronger offer.

After a few months, this client called me again, and they had saved for the closing costs!  Great, so the search begins.  And again I find one house that met all the criteria, including the price.  At the counter offer stage.....my client decides that he doesn't like the way one room is 'tandem', and they (HE) could certainly do better.  Really???  In this sellers market?  Fool me once, shame on you. Fool me twice, shame on me.

So...this weekend I got the call.  The client sounded defeated.  He told me that he was again interested in looking, and wanted to find a home before the school season.  I informed him that the home prices had increased, and that the interest rates had gone up.  He acknowledged that he had been watching the prices, and that he'd gone to some open houses and spoke to some other agents.  I listened, and informed him that the fact that he was qualified for $340,000, may have decreased; and that if he was serious about looking he should again get pre-qualified to see if there were any improvements to his FICO or changes to what he qualified for.  I told him that I hope he is not priced out of the market.  He informs me that he interested in Montclair (an area that rarely has homes less than $350,000).  Really???  I'd like to buy a house in Beverly Hills for $400,000, but that doesn't mean it's going to happen.  Fool me once, shame on you. Fool me twice, shame on me.

Tags:
first time home buyer
sellers market
fool me once
shame on you fool me twice
shame on me

I hear you and can relate.  Right about now no telling what my B/P is as I just got word that a buyer had not been honest with a lender and a closing that I've poured many hours into will not be closing.  Ever!  I just had to step outside and take a deep breath.

It must be hard to bring these buyers back to reality.  Those shows do nothing for their expectations and the hard news falls on you guys again and again.  Good for you for handling it the way you did.

Kerrie- I saw one show, that was somewhat more realistic I think it was Property Virgins.  But it's a learning, and in many cases an unlearning process.

Lanise, it is so challenging to work with a couple when only one part of the equation seems to be involved.  Have you tried counseling them only when both are present?

Like
Lanise Warrior-Johnson
Real Estate Brokers Services, Inc. - Compton, CA
Real Estate Specialist
Mona, I counseled them together and thought we were all on the same page. One of the issua is that they work Different shifts. The husband said that he'd go with whatever the wife decided....but he'd veto it by saying he house wasn't satisfactory. So I decided to do showings when he was available because I saw that clearly he was the decisions maker. But he has unrealistic expectations. Thank you Eddie.
Like
Hannah Williams
HomeStarr Realty - Philadelphia, PA
Expertise NE Philadelphia & Bucks 215-820-3376

Lanise   Your time is valuable ..Sometimes it is better to say goodbye to the tire kickers 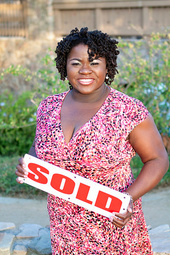 Southern California Realtor's Memoirs of Lanise's journey in helping her clients buy and sell homes in Southern California. Lanise Warrior enjoy the art of story telling, and sharing the inspirational stories of my clients quest to attaining their dream home. Lanise Warrior is a Realtor who serves the Southeast communities within the city of Los Angeles including the neighborhoods of Carson, Long Beach, Signal Hill, Lakewood, Cerritos, Bellflower, Paramount, Downey; and also the Southbay area which includes San Pedro, Gardena, Compton, Hawthorne, Lawndale, Los Angeles and Inglewood. Lanise Warrior is your local real estate consultant, providing you with solutions to your real esate needs.