This article from George Souto is very informative and a definite call to action for all buyers who have been sitting on the fence.  Take advantage of the interest rates while they are still low.  Don't let this opportunity get away from you. Has The Long Awaited Increase In Interest Rates Finally Arrived?  Interest Rates had been steadily going down for much longer than I expected them to.  The thought of the Interest Rate on 30 year fixed rate mortgages not only going below 4%, but actually declining to the low 3%'s is something that in my opinion no one could have realistically  expected.  As low as Interest Rates on Conventional, FHA, VA, and USDA Mortgages were, Interest Rates on  State Bonded Loan Programs were even lower, they went down below 3% for a number of months.

If Interest Rates are finally on the increase again, then Buyers who are qualified to purchase a home should do so sooner than later.  Every increase in the Interest Rate is going to represent several thousand dollars of lost buying power.  Waiting any longer is a gamble that Buyers need to seriously question if it is worth taking.  No one can answer that question for them, and anyone who tries is foolish to do so.

As professionals all we can do is present that facts, and let Buyers use that information to come to a decision that is best for them.  Should they take a gamble to wait, and Interest Rates continue to go up, or begin to once again come back down, then the consequences or rewards of the decision rest solely on them.  All I can say is that a month and a half increases in the Interest Rate, would not make me feel very secure in waiting.

Has The Long Awaited Increase In Interest Rates Finally Arrived?  Let me answer that by asking another question.  Is a month and a half of increases in the Interest Rates enough of an indication that they are? If YES then only one answer makes any sense, purchase now.  If the answer is NO then wait.  The choice and risk belongs to the Buyer, as do the benefits and consequences.  So choose wisely, because the wrong decision could prove very costly.

George Souto NMLS# 65149 is a Loan Officer who can assist you with all your FHA, CHFA, and Conventional mortgage needs in Connecticut. George resides in Middlesex County which includes Middletown, Middlefield, Durham, Cromwell, Portland, Higganum, Haddam, East Haddam, Chester, Deep River, and Essex. George can be contacted at (860) 573-1308 or gsouto@mccuemortgage.com 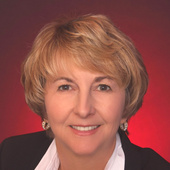