Why Do Some Folks Hate SOCIAL MEDIA So Much?

The other day I was talking with a friend of mine who emphatically told me Facebook was “stupid” and he'd rather be out talking to people face to face. I then had a conversation with a family member who expressed her feeling that anyone who “wasted time” on Facebook was lacking in social skills, and needs to “get a life”. I laughed to myself.

When I hear folks disparaging Facebook I often think they don't really understand it, or how it works, and how it can benefit the user. Sure, you can post photos of yourself drinking beer, scantily clad at a pool party, disparage someone, or make rude comments.....but is that who you are in real life? Facebook is a window into who you are----or at least YOU have the option of creating a Facebook persona. Do I mean a page filled with lies? No--- but there is nothing wrong with “tweaking” your Facebook page to make you look friendly, politically involved, dog-friendly, well traveled etc. if that's who you are. It's called MARKETING, spinning the facts-- but in a good way---posting relevant posts to uphold your “image"----and making thoughtful comments that are not hurtful or excessivly inflammatory.

The advantages of Facebook are many and each person has their own way in which they utilize it. The following list are some of the ways that Facebook has benefited me.

People with similar views and interests--I'm a political activist and have made many contacts with similar agendas.

Elderly feel less isolated—Many of my older FB friends have been transformed by Facebook. An IM is a wondrous thing when you are all alone, and not feeling well.

Make announcements—New baby? Job promotion? You can share this with just family, or just close friends, many of whom may not be in the same geographical location.

Opportunities for real-life relationships—I have met many of my “friends” in real life and have broadened my social circle, leading to new business, and new friendships.

Strengthen existing relationships—Time zones are tough, especially when one has friends in New England or New Zealand. Messages an be posted 24 hours a day, making your location transparent.

Sharing photos and events with family members—I'm so glad I don't have to email 15 different people my daughter's wedding photos, my new landscaping project etc.

Communicating in many ways—Sharing a joke is often a bonding experience, especially if 2 people have the same sense of humour. I often send a silly cartoon via Facebook to my brother.

Self education—I've learned a heck of a lot about many things I really had no idea about, from cooking to skydiving.

Insight into someone's personality—Do you want to know more about the babysitter you may hire for your child? Check out their Facebook page.

All in all, there are many more ways in which Facebook can be utilized. Learning about privacy settings, circles of friends and how to ignore nasty comments..........it's all up to you! Between you and me, social media is here to stay and allows us to connect to folks we never would have been able to.

What's up the pike after Facebook? I wish I knew!

Advertising your OPEN HOUSE on a FB personal page is annoying, and I usually hide those posts. There are much better virtual venues for these ads----or start a group or business page. As to high school friends, I have my old Alma Mater in a group & seldom post, but am always apprised of reunions, births, and old friendships. Do I have much in common with many of them? probably not-----but I am really thrilled to have some kind of (minimal) contact with that part of my life.

Re: not caring what someone does for lunch, I get it-----but that someone is reaching out, may just need a quick validation, and could be a potential client. Small talk? I hate it-----but it can morph into something beneficial.

It can be a time sucker, but like watching t.v. or partaking in a hobby, just designate an hour/day, or 30 minutes. You really don't need much more than that. I know I spent hundreds of hours mail marketing in the 90's-----surely, an hour/day can be part of anyone's business plan.

We're in the people business and anyone who doesn't think social media is relevant to our real estate business may not understand the concept of "relationship-making". Love it or hate it, making social media part of your business plan is crucial for success........as someone said, this is where the eyes and eardrums are-----------what a great concept!

We all have our own forms of communication. .I just go with the one I'm most comfortable. .and that would be my advice to anyone. .

I remember grumbling about the advent of fax machines and answering machines.  I know. some of you have no idea what those are.

I think the key is balance.  Embracing new tools and technology without being slavish to technical "crack."

As regards to "being comfortable", I respectfully disagree. Staying within one's comfort level doesn't push our boundaries towards new and inventive ideas. It's ok if you want to stay where you are, but seriously, embracing new ideas and technology is good for your business.

I don't think we can pick and choose 100% of everything that might work for our business...some of it is downright unpleasant, but it's part of the package.

In my humble opinion, social media is simply a way to augment your marketing and to connect to others that you could not see face to face. Incorporating both face to face and social media is an amazing way to reveal more depth about yourself and even separate yourself from competition.

I do not believe that either is the best way to market by itself, but that each humanizes and personalizes your offers.

Think about it, when others learn that you are a youth sports coach, or that you support your local community once a month it connects that you are not just another schmuck asking for business. Sharing that you attended a leadership conference or educational series lets others know that you are constantly working to improve your skill sets, and that is powerful.

Perhaps the greatest question to ponder is how to combine social media with your face to face work. What synergies can you create that are not so time consuming but reveal your depth as a sales person AND community member?

Thank you for your article Deborah. Your thoughts are right on! A large majority of our referral business is coming from Facebook. Excited to learn what the future of social media holds. Best of luck to you!

Your points are all valid... the reason I think so many people have a negative attitude towards Facebook (and some days I'm one of them) is that so many on Facebook really don't seem to have a life outside of Facebook and post every idiotic trivia from their day; others keep selling you something. Clearly, it's not Facebook or social media that's the problem. It's how people use it (or should I say abuse it?).

I'm a fan of social media too. Thanks for outlining all the different reasons why people find social media useful and for offering new ideas on how to connect with others!

I have friends who live all over the world.  I have friends who are far away and battling cancer.  I have friends who are always on the run with family.  I could never be "face to face" with these people on a regular basis because of time and distance.  However, with FB I can be in touch with them every day.  I can hear about the doctor's visit ( and bad news ) and then send a card, prayers, and / or flowers.  I can hear about the children making wonderful achievements.  Also, I follow kids battling cancer, and see daily progress reports.  It gives me an opportunity to reach out to the families with a word of encouragement, or maybe send a follow up card ( or gift card to ease the burden or provide a dinner out ).

FB allows me to stay in touch.  I'd love the face to face time, but sometimes that is just not possible. FB doesn't replace that time together, it just fills in the gaps between opportunities.

Great post.  Although I do think some are wasting away their life on FB, I like it.  It has helped me let me high school friends know that I am in the real estate industry.

My college roommate found me and that's worth all the time I may have "wasted" on Facebook.

Social media is a tool to make a statement and to publicize the items you want.Yes, you can get lost if you don't use it as the tool it is, the same can happen with Active Rain!

I enjoy FB a lot. It is such a fantastic way to keep up with people that we don't get to see often.

Finding a college room-mate, friends that live all over the world, keeping up with your friends' kids achievements----how wonderful is that? You can't possibly get face-to-face for all these things.

I think there are some that do not have a life outside of FB, but you can very easily "unfriend" or "block" anyone who annoys you, without their knowing (for the most part, although there is a way to find out).

It also took me awhile to get used to FB, because I honestly didn't "get it" at first. Now I do!

Everyone has different styles. I agree that face to face is best. However Face to Facebook done right can eventually lead to it.

Facebook is an available social tool that can be for good, but also abused. My family - that is well spread out (domestic and international) - uses Facebook to mainly share photos and events. Certainly I have found long lost friends. Keeps us all closer - sort of a in a circle of love. I do dislike the trivia details and any personal damage done to another. But if trivia is another's way of meaningful communicating, who am I to judge. Wish there were tighter restrictions and consequences for those who abuse the site. I marvel how sophisticated many members present their own site on Facebook.

To everyone who read my blog & posted----thank you so much. I haven't been able to answer each & every post but I have read all of them.

#44 mentions FB can be abused....for SURE ........ But so can any other tool, from a scissor, to a handgun, to food, to a car---we can't blame the "weapon" for being at fault but the person "misusing" the "weapon". So it is with FB---I can't fault FB for having a platform where some folks think it's ok to abuse,( i.e. post nasty things about others, post lewd photos etc. )

I hate small talk also---- but it IS a way of communicating & sometimes leads to more in-depth discourse.

It's social connection, in all its varied and sundry forms.

Great post Deborah, Social media, like most things, is generally what we make of it, we can make it something positive for ourselves and others or we can make it a waste of time, it is up to us.

Mar 16, 2016 02:15 PM
LIKE
#46
You must sign in or register to leave a comment
Login Register
Show All Comments
Older Post Newer Post
Back to Top
Generate More Leads from this Listing
With a Trulia Pro Account
Learn More
Find what you need?
See More Blog PostsAbout Real Estate! SEE MORE NOW!
Rainmaker
190,966 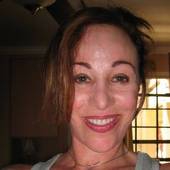