The Festival presents AS YOU LIKE IT, in Southmoreland Park through July 7th (no show on July 4th) at 8:00 pm.  This delightful comedy brings the park to life as heroine Rosalind journeys to the Forest of Arden with her cousin Celia and her philosophical Fool, Touchstone.  The Forest provides a safe place for the exiled Duke and his entourage, the dispossessed Orlando and for Rosalind and her companions. In the wilds, the wildest adventures occur.  This story has everything we love about Shakespeare's comedies; mistaken identity, madness and mayhem.  And of course, love.

Founder Marilyn Stauss is a former Broadway producer, who returned to her home town from New York where she co-produced five plays, earning a Tony award, for the Irish drama, DA, an Off Broadway award (Obie) for Getting Out and a Tony nomination for the musical Pump Boys and Dinettes.  Here's more on Marilyn Strauss from the article published by KCPT on Makers KC; Local Women Who Made KC.

Marilyn Strauss' dream for the Heart of America Shakespeare Festival began in 1990 with a promise to a friend, famed N.Y. Shakespeare Festival founder Joseph Papp. "You're a Kansas City native.  There's not a festival there.  You made it in New Yorkand on Broadway - now, give something back, something you personally create.  You can't beat the feeling, kiddo.  Do it now, make it the best, and keep it FREE!"

Moving from the glamour of a Broadway office, she came back home to Kansas City and begged for a tiny one-room office, broken down furniture and equipment, and one part-time assistant.  First, a Shakespeare Club was formed, and then she held over 100 meetings with City fathers, City government, and agencies, and countless businesses and individuals.  The hope and dream had to be sold!

Fortune smiled when R. Crosby Kemper III agreed to help form a board of directors and serve as president.  Then, Kansas City Parks & Recreation Department, Neighborhood Development Department, The Kansas City Star newspaper, the City Council, and many corporations and foundations stepped up and said, "Yes, we will help support a free theater for Kansas City!"

The actor Kevin Kline came to donate a gala theater presentation to help fund the first play.  The festival could choose a play, hire a director, actors, designers, and technical experts.  It could build a set, make costumes, tailor the park, garner hundreds of volunteers, and beg all kinds of services - advertising, on and on, toward the dream.

Miracles of miracles!  In 1993, on a rainy one night in Southmoreland Park, the first Shakespeare outdoor festival was born.  Thousands of people came - families, seniors, babies in arms, with blankets and picnic dinners.  Together they experienced the glorious work of the world's greatest playwright - and in casual and friendly surroundings.

Twenty years later, attendance has tripled.  The plays keep getting even better and the season has been extended.

Marilyn Strauss has made Kansas City a better place to live.

EAT DRINK and BE MERRY...

Enjoy a picnic before the show or choose from a selection of food, drinks and treats available in the park.  Food and drink sales help keep the Festival free.

Planning a party?  Reserve in advance your party of 20 or more.  Dine in style at the Festival at The Bard's VIP Buffet by Brio Tuscan Grille now offering a multi-course buffet dinner in a special VIP tent prior to performances.

There's only nine performances left so don't miss AS YOU LIKE IT in beautiful Southmoreland Park. 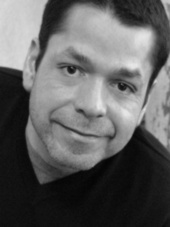