Welcome to the written blog and check out our video blog which is posted around noon time here or on Facebook athttp://youtu.be/r_9qHYmqayY

July the First.  Dodgers only 4 games back!

From CAR this week’s news!

In the past several days, misleading and inaccurate information about C.A.R., its forms software product, and its relationships with its vendors has been circulated. So, for the record, here are the facts.

C.A.R. sets the record straight on why it won't partner with dotloop.

An industry article was recently published about the use of C.A.R.’s Standard Forms by unauthorized software providers. C.A.R.’s real estate forms are the “gold standard” in California real estate. Our forms are developed with REALTOR® input to create forms that best meet the needs of its members. Here’s how C.A.R. protects its members in the development of its forms.

Health insurance is changing in 2014

Most REALTORS® will be required to have qualifying health insurance or pay a penalty.

Nominations open for the C.A.R. Champions of Home Awards

C.A.R. would like to invite its members to nominate a California REALTOR® who has gone the extra mile for a client.

May pending and distressed home sales

Equity home sales in California continued to grow in May, making up nearly four of every five home sales.

SB 30, which provides tax relief to those who are selling a home in a short sale, will now be considered in the state Assembly.

May home sales and price report

Higher home prices put a dent in California’s housing affordability during the first quarter of 2013. 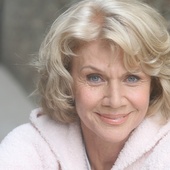