The Weather Channel has nothing to do with it. What’s happening up in the ski resorts, likewise. The ‘snowball effect’ being discussed in print and on TV won’t soften anytime soon (even if the groundhog was right about winter being over).

This is an economic snowball -- one that’s gathering momentum following what CNN’s Money website describes as “the best year for U.S. real estate market in five years.” Businesses that stand to benefit from growth in the Stonewall Manor Triangle housing market are watching closely.

It was even more heartening as a counter to last week’s government indications that the greater economy seemed to slow. The housing sector’s performance was so strong it acted as a tonic to its many associated industries: among them, many Stonewall Manor Triangle retailers.

The snowball effect was noted widely. The company that makes Carrier air conditioners said that orders rose 20%; Honeywell International reported the “first sign of life we have had in a while.”

Locally, fingers were crossed that Stonewall Manor Triangle businesses will be swept up in the snowball. National suppliers expected that to happen. “Housing is what we see leading the economy out of the doldrums,” according to the CFO of United Technologies Corp. The WSJ reported evidence that Americans are spending more to build and refurbish their properties

With sales of existing housing registering the largest annual jump since 2004, it should come as no surprise if Credit Suisse’s Daniel Oppenheim proves correct in predicting a 7%-8% rise in home improvement spending. He expects it to keep going for at least the next two years. That’s a pretty solid forecast, and in line with what most observers are saying

All in all, the boost from the housing recovery is one snowball no one seems to think is likely to melt soon  -- regardless of what Punxsutawney Phil has to say about it. 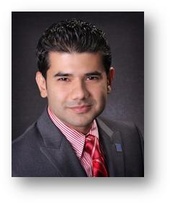