There is great authority behind social media, as most of us know, when we attempt day in and day out for those search inquiries to find us. What is Google saying about Pinterest? My Pinterest Profile ranks higher than my top Boards and these top Boards show as being one rank lower while, some Boards have no ranking at all other than a “?” mark. None of my Boards have the highest ranking of my Profile so, I”m unclear as to how my Profile page ranking has been established.

Then there are the subject matters that a lot of Pinners are interested in which, will help you in increasing your page rankings; for example, my “Our Unconditional Friends - Dogs” Board is all about dogs and there are dog lovers everywhere so, that Board is ranking my Dog Board the same as my other ranking Boards. I imagine if you’re a Cat lover that this would also have a strong following thus higher ranking if your other Boards ranked well.

I’m by no means amongst the likes of those who have huge followings in the 100’s of thousands with huge followings who clearly rank higher, as believe me, I’m happy to have a ranking at all with my less than 800 followers at the time of me writing this. The highest ranking that I’ve run across is for a major Brand such as Whole Foods Market whose profile is ranked 6, Martha Stewart  is ranked 5, HGTV is ranked 5  and the BIG Z is ranked 5 and the BIG T is ranked 4 , Core NY is ranked 3 and Pinterest Co-Founder Evan Sharp is ranked 7. My point in showing you the rankings of these Big Brands is that we as the little girl/guy can get close to these Brands, as we’re not far off, if you commit to making Pinterest part of your social marketing strategy.

At this point, my findings are not crystal clear to what Google “likes” or finds relevant with my Pinterest Boards, as there appears to be exceptions yet, I could make some basic assumptions from my findings.

I would conclude and opine, that my Pinterest Profile and Boards are being ranked by Google because I’m using keywords that are relevant for my Real Estate business, I use descriptions with hash tags in my Board descriptions, have a good following while continuing to grow my following and steadily employ pinning in my business while pinning on what interests a typical Real Estate customer. And lastly, I comment on the pins trying to encourage engagement amongst the Pinners after all, social media is about being social.

Will it happen overnight for you? No it won’t, as I’ve been on Pinterest for about 1 year and 3 months. In fact, would you believe that I first met Debbie Gartner, The Flooring Girl, on Pinterest before, I ever knew her on Active Rain. Debbie is great and does well with Pinterest too, as you can check her Boards too.  There are many other active Real Estate Agents too that I know on Pinterest who do a great job and there are too many to mention here, they know who they are :)

So if you believe in the authority behind social media and want a search inquiry to fnd you, then I’d recommend that you add Pinterest to your social media strategies to grow your business.  It’s never too late to start. Happy Pinning!

Chris it really is a cool place for you to try

Brien, if you're able to have success without it I'd say you'd have to work a lot harder without it.

Karen, no I don't have a schedule for it which would be ideal but I haven't gotten there yet.  I don't do too much on Facebook so it doesn't occupy my time.

Kimo, I'm sorry that I didn't explain so it's well understood for you. I'd suggest perhaps digging in to learning more about SEO (Search engine optimization). AR has good training on it I'm sure; check out AR University.  You can also go to Google+ and search for SEO people as a lot of them have videos as newbie training guides that should help you a lot.  I wish you well. One such guy is martin shervington and there are many more.

Johnny, you should definitely add Pinterest to your business; you'll be glad you did

Bill, I hear you. You just have to pick and choose

Marti, I know it's difficult to cover them all as you have to do what works best for you.

Lizette, thank you. You've got the idea.

Paddy, glad I nudged you a bit.  I've liked Pinterest from day one!

A good reminder for me to get more active on Pinterest! Thank you!!

Thanks for a terrific article on the benefits of Pinterest.  Have lately been only using it look at great shoes, hopefully now it will start to pay for some of those great shoes! LOL

I have not gotten to Pintrest yet we are doing really good with about 10 sites and an ad in the news magazine.

This is all so very helpful. I have been on Pinterest for a while but I don't think I have capitliazed on all the advantages of being there. That needs some work. I have tons of photos so it's just a matter of taking advantage of all that Pinterest offers, including key words.

MaryBeth, that's funny. Yes, hopefully if you use it even more for business you can buy some of those Pinterest shoes.

Jeff, glad to hear it was helpful for you and yes, I think you'd be amazed at what it can do for you with some focus on it.  Good luc!

thanks for the post. I have been using Pinterest for several months but probably not using best practices yet

Ron, it takes us time to find out the best practices. Best to you and you're welcome.

Good Read Lynn!  Thanks for sharing the information!

Recently started using Pinterest - love the site for and results that I've received so far.

I have yet to get into Pinterest.  My wife is on it and I suppose I need to get there.

Definitely wanted to save your post to read and comment when I found the time.  So, time it is.  Thank you for this timely tip on Pinterest as I've been curious as to what Google's reaction is toward the newest kid on the block.  I've been spammed on Pinterest, but realized it's a group board, so left the board.  Now I just need to add more hash tags, key words, and devote a little more time to it.  Thanks for your insights!

Thanks for sharing information..

Thanks Christine and you're welcome

Gene, no time like the present and you're wife is very smart :)

Jan, we're always struggling with time, aren't we? You'll likely be pleased once you devote a bit more time to Pinterest

George, you're welcome. Hope it helps

Okay Lynn - back to add descriptions and hashtags!  Love seeing you on G+ AND Pinterest! Oh, and Active Rain too!

That will help you Lori. Always love seeing you here, Pinterest and G+ too.

I guess that it is time for me to look into this Pinterest thing.  I heard about it from my daughter, but never really thought it could be useful in my real estate business. 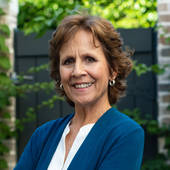