Just had a guy in our neighborhood Yahoo group commented that the drop in prices in our community was the fault of those home owners who cut and run and didn't stand firm on their prices. Did you know there are people out there that believe this market is only happening to THEM.  The following was my response to the on-going discussion:

".....Interesting article. As pointed out before, the real estate market is cyclical. Based on historical assumptions we can expect 3-4% appreciation per year as a National average, but each individual market will respond differently at different times. Its not a straight line....there are periods of wild upswings and periods of nothing. 1985 to 1989 was a wild upswing and then we had ten years of a very flat market. 2000 to 2005 made up for the long period of almost no appreciation.

This is a broad Nationwide down-turn , but there are several markets where prices are still appreciating. Some of those areas never experienced the rapid appreciation we had locally between 2000 and 2005. What's the difference??...Well several factors: The local economy, Job creation, desirability, migration, low interest rates, new home building and so on.

As the article stated, the sub-prime loans were a contributing factor but not the only factor..... "The U.S. mortgage crisis has been labeled a 'subprime mortgage crisis,' but sub prime mortgages were only a sideshow that appeared late, as the housing-bubble credit machine ran out of creditworthy borrowers. The main event was the hyperinflation of home prices." ...

Hindsight is twenty-twenty so the pundits can tell us what went wrong with amazing accuracy, but the question is what should you do now. If you have no deep desire or need to move, there is no problem, take care of your property and don't listen to the news! :)

If you have a strong desire to relocate or circumstances necessitates a move at this time, here are some points to consider:

Spring of 2005 was the "high-water" mark. The market is now down about 15% from that, so don't expect to get that price. The good news is that if you plan to move locally, you can also buy for the same "discount" and if you are moving out of the area, some markets have dropped even further than that.

There are still buyers out there, they are just taking longer to buy because they are uncertain of where prices are going but last year 1,392 properties were sold in Gaithersburg (Including some parts of Montgomery Village), and so far this year 68 properties have been sold.

People still have to buy houses. Empty nesters are still downsizing, people are still getting married and starting families, people are still relocating here because of new jobs, and people are moving for any number of reasons. The bottom line is, the market is slow, but not dead.

Recognize that the table has turned. We came out of a market where anything would sell over night, but we are now in a market where there is only one buyer for every ten houses, so if you must sell, you have to stand out!  Today's buyers are serious, but they are price conscious, and they are picky (Because they can be) . If you must
sell... here is the recipe for success:

Price it right.
Fix it.
Clean it.
Stage it.
Get professional help
(Hire an agent who has been through this kind of market.) 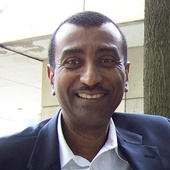 Anything and everything about real estate in Montgomery County Maryland.