It’s certainly summer time and the daytime temperatures in Orlando, Florida are in the low 90s with 67% humidity.  You would think living in Florida that our family’s vacation spot would be somewhere in this state.  Tourism ranks very high as one of Florida’s top industries.  I, however, like to think of Florida as full of weekend getaways.  Living in the middle of the state, it’s just a couple hours’ drive to either the east or west coast.  I’ve lived in three states but have spent most of my life in the “sunshine state”.  We do manage to keep a year round tan, not by choice but just the mere fact of living here.

When I was a child, my parents used to pack up the station wagon, load me and my brother and off we went to some far away destination that would literally take us days until arrival.  I’ve visited all the states except for Alaska, Nebraska and the New England states.  Probably my most memorable was spending two months in Hawaii.  I was sweet 16 and my oldest brother actually lived there.  I know, I know, lucky me.  I learned that there wasn’t just beige beach sand but also black and green.  I learned about Hawaiian culture and customs; the Arizona Memorial; the marvelous pineapple and sugarcane fields, snorkeling in the crystal blue water with all the little fishes coming to inspect. The other locations I remember by name are:  Four Corners (where Utah, Colorado, Arizona and New Mexico meet) and, yes, I still have the photo as proof that I stood in four states at once; Devil’s Post Pile in Mammoth Lakes, California; Luray Caverns in Virginia.  [The video link for Luray Caverns is educational and has a cool piece at the end that you can try with your children or grandchildren, nephews or nieces.  It tells you step by step how to make stalagmites at home.] I remember crossing over the muddy Mississippi River.  I also remember driving through Texas – in two days.  I’m sure many of you know what I’m talking about here.  I can remember Gatlinburg, Tennessee, way up high in the mountains.  I remember Blue Ridge Parkway in all its beauty and splendor.  As a child I thought these mountains were really big and scary until I went to the top of Mt Haleakala at 10,023 feet on Maui. And these are just some of the highlights of some places that might make your summer vacation special.  I’m going to surprise you as to where we’re vacationing.  Let’s just say it’s going to be spectacular and memorable.  We’re sure to gain some off-the-charts custom staging art.  This will be a very special family summer vacation.  I’ve already told my son he won’t be lacking for topics to write about this upcoming school year.

Where are you vacationing this summer?  Has it always been something you’ve dreamed about doing?  Make it great, make it spectacular and most of all memorable!

I love going on vacation.  We took the trip of a lifetime this year.  Brought the kids and the grandparents and took a cruise ship around the Western Medeterranean.  It was actually a little exhausting for me because I was the one who planned and coordinated the whole thing.  But amazing none the less.

Looks like a cruise to Alasks and a trip to Boston are in order for you.  Not sure what to tell you about Nebraska, is there anything even there?

Hey Rob, you sure did take a trip of a lifetime -- sounds fabulous!  Good for you doing the coordination; I'm sure your family appreciated it very much.  I let Jim handle ours too with my input, of course.  An Alaskan cruise sounds great to do in the summer.  Maybe Boston next year.  On my bucket list is Italy.  I want to see the Pompeian and Herculean ruins, along with all the spectacular architecture and culture. 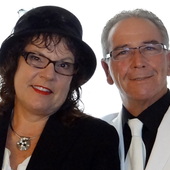