I'm sure that many of you have heard of Google Now, If not it's ok too.  I just wanted to pass along an experience that I thought was pretty cool.  I was driving up the Parkway the other day, cruising right along, no problems and then BAM, the traffic just stopped.  Now I had to be somewhere and I was coming up to the last u-turn where I had to make the decision to go all the way back to the last exit or try to ride it out.  So I quickly Googled "Traffic" in Google Now and it pulls up a map with me on the stretch of road that I am on, with a stretch of red on my side and green on the other.  The BLUE DOT is me. So it didn't look to long so I deceided to ride it out. Well, since I saw that  the beginning of the RED line is right where the traffic started, I was curious to see if traffic ended where it said it would.  Well I'll be damned if I got to the end of that RED line and the traffic just went back to normal!!

I guess for me the really COOl part, was that this was done in seconds and gave me an a very accurate picture of the road ahead. Very nice, you know I found this by accident the other day when i clicked on an address in a BPO order for a bank, it brought this map up. I have not had time to experiment with it but your blog remonds me that i sure should. Have a good day

Kevin, this is a very helpful site that can save us time and frustration, thanks for bringing it to our attention.

Kevin, What a cool app. Thanks for sharing I will try it next time I drive into seattle. 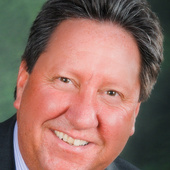