Gringo, a new taqueria in the St. Louis Central West End neighborhood, was the setting for a nice family dinner on a recent evening.  Gringo St. Louis is in a bright, light-filled space formerly inhabited by Rothschild Antiques at the corner of Euclid and McPherson.  Address is 398 N. Euclid Ave, 314.449.1212.  The large patio was hopping as we are enjoying an unusually mild July for St. Louis.  And Gringo has made patio accomodations for both couples and larger groups.

Inside, the restaurant has a friendly vibe -- lots of couples, a good bar scene, and plenty of families.  We sat at a large round table that perfectly accomodated our group of 8 and enjoyed a veiw of the street scene -- good people watching!

The quacamole was prepared tableside with the usual avocado, jalepeno, poblano, lime, cilantro and white onion.  I tasted cumin, as well.  The quac was good, but I wasn't blown away.  Salsa provided gratis had a smokey taste (tomatoe-chipotle) and was very much better than average.

On to the tacos.... The waiter, who was very attentive, polite, and friendly, suggested the Tacos Al Pastor, Fried Fish Tacos, and Tacos Chicken Tinga.  I took him up on his suggestions (except I opted for grilled fish) and took a bite or two of Heather's Carnitas.  Tacos range from $3 to $4 and are served a la carte.

The Tacos Al Pastor were by far the best.  Slow roasted pork with spices was flavorful with bits of sweet, and slightly sour, pineapple.  Pickled red onions added an additional sour component.  Interesting note:  Heather's Al Pastor included a few leafs of cilantro -- the chef missed the cilantro on mine.  A sloppy mistake that causes clients to lose confidence.

The grilled fish taco was highlighted by a large chunck of snapper, toasted pepitas, chipotle crema and a bit of napa cabbage.  I found it to be bland and boring.  Heather ordered it as well and liked it.  Makes me wonder if chef missed an important ingredient on this dish as well (salt?, chipotle?).

I loved the flavors of the Chicken Tinga -- avocado, cilantro, tomato, chipotle.  However, the chicken was hard -- like, days-old hard.  It was a disappointment.

The Carnitas taco included confit pork shoulder, salsa verde, and pickled red onion.  Heather didn't care for it too much...I liked it but felt the dish was way out of balance.  Too much pork, which was slightly underseasoned, and lacking in salsa verde and onion.  A few tweaks and it will be perfect.

As a side dish, we had street corn -- grilled and cut off the cob.  It was sweet, smokey, and swimming in a crema -- delicious.

Bottom line:  Gringo St. Louis has a great concept -- a modern taqueria in a hip space that hits a sweet spot for all ages and stages.  The menu is great, the service is great.  I think the execution and attention to detail are areas of needed improvement.  I believe Gringo St. Louis will get their act together and have a great run in the Central West End. We'll head back soon to Gringo St. Louis! 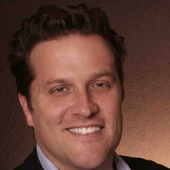