Given the history of the Columbine and Aurora mass shootings in Colorado, improved security at Douglas County schools is a hot-button topic. Since the Sandy Hook Elementary shooting, this topic was pushed to the front of the school board agenda.  For anyone moving to Highlands Ranch, this is important information a parent would want to know.

Currently for schools in Highlands Ranch, all exterior doors are locked from the outside.  Teachers are provided with an electronic key granting them access back into the building for their students following any outside activity.  This includes the front door where the only way the public may obtain access is via an intercom system.  The front desk personnel must grant access by pressing an entry button after visible recognition of the party at the door.

In July of 2013, the Douglas County School District board voted unanimously to add a new layer of security at its elementary, middle, and various charter schools.  Beginning August of 2013,  Douglas County Sheriff officers will have an onsite presence spending about two hours each day in local area schools.  The officers will arrive in unmarked cars so that it will not be known exactly when they are present.  They will also be wearing what the Sheriff's office describes as "soft uniforms".  These uniforms make the officers known to school personnel and children, but do not stand out from distance to the average onlooker. This will also make it possible for fire, rescue and law enforcement agencies to identify officers during an emergency response.

The improved security at Douglas County schools is a great win for the community and the kids.  As a parent with three children in a Highlands Ranch elementary school, I am very pleased with this move.  In particular, I'm pleased that the School District did not go a cheaper route and try to hire an external security company.  This ensures we are getting the best, local, well trained protection available in our Sheriff's officers.

Our children's school, Bear Canyon Elementary, released a statement yesterday concerning the new program for security at Douglas County schools.  I wanted to share something I found very reassuring.  In a letter to the parents dated September 4, 2013, the following the following statement was made: "While they (Sheriff's Officers/Marshalls) may assist with a law enforcement issue at our schools if needed, they will not be called away to asnwer other calls in the community."  I feel this further bolsters the strength of the program knowing that these protectors are dedicated to the full-time protection of our schools. 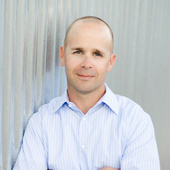