"Freedom makes a huge requirement of every human being. With freedom comes responsibility. For the person who is unwilling to grow up, the person who does not want to carry their own weight, this is a frightening prospect."Eleanor Roosevelt

I was never very politically minded before. I voted and that was pretty much the extent of it. When I was not sure who to vote for, I usually had some lame, not related to the job way of checking the box. Like voting for a candidate because of how they smiled in their picture or how cool their name was. I cringe now at what I have done to unravel our country and how I threw away such an amazing opportunity to drive the course of our future and be an active  participant in the greatest experiment the world has ever seen- The United States of America.

That being confessed, I will share with you what changed my life…corruption. My husband and I decided to refinance our home about 10 years ago and we went with a company that I found in my Costco coupon book, that allowed businesses to compete for your business. It was a disaster. I was lied to, manipulated and even screamed at. I was concerned that this lender had all of my personal info and I was not sure after our recent interactions, just what he would do with it. I was intimidated and frustrated. The “loan” finally went through and in the end it was nothing like what we had signed up for. We discovered this when paying off the loan, after the sale of our house. We had over $7,000 in prepayment penalties alone, that were not to be in the contract.

The next thing I knew, I was taking my test to be a Real Estate Agent, I later became a Managing Broker with Windermere. I passed and started down a path to protect my clients and see to it that they were not being preyed upon. I found this very fulfilling and I was great at it. That was until the Big Banks and others decided they wanted more. More money, more loans, more bonuses, more, more, more. Then it all crashed. My builders had nothing to build and they could not sell what they had built. My clients were losing their jobs and their homes. They would put them on the market at a lost, get a solid offer only to have the bank foreclose and sell it to the highest bidder at tens of thousands less than the offer on the table. This after the banks lost their paperwork, lost the offers, changed the contact person assigned to the file and refused to respond to inquiries, until it was too late. I could no longer do my job. I was not helping anyone, we were all jumping off a burning ship.

My next move was to get to the root of the problem. We needed ACTION from those people with the cool smiles and the awesome names that I had voted for! This is when it got ugly.  They didn’t understand the problem and they really didn’t care. Well they cared…about their next election and blaming someone else for the problems. I watched as they fought for and passed legislation that hurt my builders and cost them more money at a time when they had nothing. Many of them would pay their employees and not take anything for themselves. They had no equity in their projects and no one wanted to gamble on them. The “Elected Ones” who shall not be named, hurt consumers too and passed regulations that made everything cost more. They even passed a candy bar tax that only taxed certain candy bars and cost the little stores who had to sort this out about $30,000 for the equipment to process the different types of candy. Why, because it helped us to make better choices.

I had had enough of the insanity and I decided it was time to replace those cool smiles and awesome names, with people who understood what it meant to REPRESENT the public and not make it their goal to get re-elected but to do the right thing. I found my candidates and backed them with everything I had. Not being rich, that meant I had to give something far more valuable than money- my time.

Not all of my candidates made it but many did. I found this very encouraging and an inspiration to keep going. I am currently serving our community in multiple capacities and I am a strong advocate for our community taking care of our own, instead of  just depending on the government.  I have dived in head first to volunteer with Habitat for Humanity, United Way, Faith In Action, The Women’s Shelter, The Food Bank and any other needs in our community.I am also a local school board candidate and hope to be serving the citizens and students in the North Mason School District in January.

It is never too late and never too little, to offer your time. Everything and anything you do, can be the difference in winning an election, either for the cool names and awesome smiles or true leaders that want to protect our freedoms, represent the people and serve us.  We have seen elections decided by just one vote- it could be yours.

Groups:
Almost Anything Goes
Stories, People and Photos
Politics And Real Estate
A Mom, A Woman, A Realtor
Diary of a Realtor

Very Powerful Post, Dinah, and what an experience. I love that quote by Eleanor Roosevelt. Have a Great Wednesday!

Good luck in the race and your continued good works.  Very impressive and I hope you're still carving out a moment for you.

Rebecca- Thank you. I really enjoy what I am doing and I consider it time for myself. Just a few hours a week can do more than you can imagine! 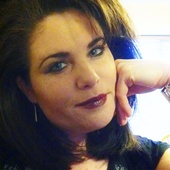