For several years, the economy limped along because of me. I scrimped on everything, did it myself if I could do it myself, and hoarded money out of fear that the recent recession had another dip or two left in it.

Things are different now. I’ve turned my savings into spending, rung up thousands of dollars’ worth of purchases on my credit cards and in the process paid a lot more in taxes. And I’ll probably keep spending like this until I nearly run out of money.

In other words, I’ve bought a house.

Since the recession materialized in 2008, policymakers in Washington have been urging Americans to buy homes, because no single purchase does more to generate economic activity. The housing market and everything associated with it accounts for around one-sixth of the entire economy, which is why a housing bust can drag the whole nation into a recession (basically what happened starting in 2007) while a housing boom can make nearly everyone better off, including people who don’t even own homes. Read more here. 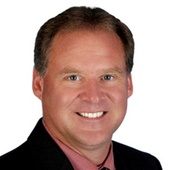