Great Falls, Virginia has been coming off of a hot seller’s market in the spring, the summer has shifted us into more of an equilibrium. Buyers are still writing contracts and homes are still being listed and sold but the market is stabilizing as we move into summer.  Stabilization is a good thing though; when the market leans too much in favor of buyers or sellers it can become unpredictable. So let’s see what the market did in June!

So let’s begin with our analysis of the current inventory. At month’s end, there were 162 active listings in Great Falls, during the month of June, 34 new listings went on the market. 162 active listings is below the 5-year average of 181, so we wouldn’t say inventory is low but it is lower than what we are used to. The number of homes listed, 34, is a significant decrease from the previous month of May, which saw 61 new active listings!

There were 39 closed sales in June, this is representative of the activity in the previous months because homes typically take anywhere from 30-60 days to close. 39 Closings in one month is current 5 year high for Great Falls, Virginia. Despite so many closings, the Median Sold Price remains high, $1,160,000. These homes closed with an average of 82 Days on Market! This is a great number when you take into account such a large sample size. They also closed with an average of 94.5% of Original List Price.

So the Great Falls, Virginia real estate market is still moving but the summer heat is starting to slow things down while shifting it towards equilibrium. Interest rates are still LOW despite what we have been hearing, not to say they haven’t been climbing but they are still historically low. Buyers are still getting a lot for their money so if you are thinking about selling, now is the time! Get in touch with us today to see how we can get your home sold! 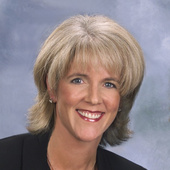