Search here for Historic Homes For Sale in Washington, NC

A Little History About Washington The present day Beaufort County in eastern North Carolina was explored by the english in the late 1500s, but it was about a hundred years later before it was settled.  Colonists from Virginia expanded into what is now eastern NC but chose to establish Bath as their first settlement in about 1690.  It was 15 years later before the town of Bath was incorporated, making it the first town in "Caroline."

About 65 years later, a farmer named James Bonner started a town on his farm and called it "Forks of the Tar," referring to the Tar River.  In 1776, the name of this town was changed to "Washington" to honor the first President of the United States.

The "new" Washington was actually the first town in the nation to take this name and to this day is known as The "Original" Washington.  Many people in eastern North Carolina also refer to this town as "Little Washington."

In time, Washington surpassed the town of Bath as the center of trade and government for the Beaufort County area.  As with many of the fledgeling settlements in the new country, Washington was destined for some very high "highs" and some very low "lows."  If you would like to read a brief history of this town, go to the ABOUT WASHINGTON, NC page on our website.

Despite several major fires over Washington's history, there are still a number of historic homes for sale in Washington, NC to be purchased at any given time. Washington is a small town of approximately 10,000 residents and is the county seat of Beaufort County.  Likely, the most notorius feature of the Washington area is the Pamlico River.  Actually, the Tar River, which originates northwest of Louisburg, in north central NC, runs through Louisburg, Rocky Mount, Tarboro and Greenville on its way to Washington.  The Tar actually becomes the Pamlico River at the Business Highway 17 Bridge in Washington.

The renovated Stewart Parkway attracts many of the area residents and visitors, who enjoy spending time along the north bank of the Pamlico.  The "rear" of many of the businesses along Main Street have slowly become the "front" as many businesses have inverted their businesses to showcase the renovations made here since the late 60s.  There continues to be a strong movement to rejuvinate the downtown area as a viable, working center for business.

Historic homes are scattered around the town of Washington, but the area along East Main and East 2nd Streets stand out to me as being very close to both the river and the above mentioned business district.  In these areas there is usually a good inventory of historic homes for sale in Washington, NC.

Another of Washington's positive atributes is its close proximity to Greenville, NC.  Greenville is a university city of approximately 85,000 residents and is considered by many to be the hub of eastern North Carolina.  Greenville is about a 20 minute drive down the 4-lane Highway 264 and offers all the shopping, dining, entertainment, medical facilities one would expect.

Spend a Few Days With Us?

Why not come sometime and spend a few days with us?  I'd love to give you my "Almost Famous Nickel Tour."  I'm sure you would love our little town!

If you are not interested in historic properties, search All Washington Homes For Sale here.

I thought you may want to check out the interview I did with Valorie Ford on The Niche Agent. We talk about her transition from specializing in historic homes to getting her own radio show as a result of it. Let me know what you think...

I posted it on my AR blog, you can check it out here: 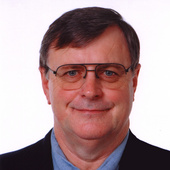