Mr. Paulson was recently quoted as stating "The housing market has bottomed. It's not too late to get involved. I still think buying a home is the best investment any individual can make. Affordability is still at an all-time high"

Even though rates are moving up a little, don't worry! Anything under 6% is still fantastic and with prices still not at the peak of 2006, now is still a great time to buy a home.

Paulson continued by saying, "Buy a home, and if you can, buy a second home."

This was the man who basically predicted the 2007 housing crash and made a fortune because of it. 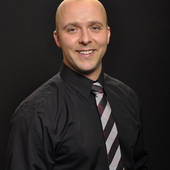