Several months ago, I made a choice to do what's best for my client, at the expense of my financial benefit.  I had a client that I'll refer to as Gary.  Gary was living with his parents and desperate to move out.  He had graduated college a few years earlier and had just gotten a new job.  His job had a lot of room for advancement, but it didn't pay very well at first.  On top of that, he had student debt that limited his borrowing capablility.

Gary was looking for a studio or 1 bedroom condo in Northern Virginia, close to Washington, D.C.  He was preapproved for FHA financing up to around $100,000.  It was challenging to find something for him in his price range, that was approved for FHA financing, and in the area he was looking for.  We found a Fannie Mae property that he liked and submitted an offer.  This condominium building was not FHA approved, so Gary had to go for Fannie Mae Home Path financing.  After some negotiating, we finally agreed to terms and ratified the contract.  Unfortunately, Fannie Mae decided that Gary did not qualify for Home Path financing, due to his student loan debt.  Needless to say, Gary was very disappointed, and I felt bad for him as well.

After this disappointment, we continued the search for Gary's next home.  We submitted offers on several condos that were short sales or foreclosures, and a couple of regular sales.  We found that Gary was competing with a lot of investors, who had the cash to make a deal happen.  Gary was at a disadvantage when making offers due to the FHA financing.

Most of these condos were in areas farther away from D.C., where Gary had not originally wanted to live.  It got to the point that Gary wanted to make offers without even looking at the condos, which I cautioned against.  Gary found a condo that he was interested in, that was in a neighborhood we had previously submitted two unsuccessful offers.  He felt that since he was familiar with that neighborhood, making a blind offer would be okay.  I again cautioned against this, but relented because I knew how desperate and frustrated Gary had become.  While waiting for an answer on that offer, we found another condo in that neighborhood that Gary liked.  My assistant and I convinced him to look at this condo, which it turned out that he didn't really like it.  While there, we convinced him to go down the street and look at the condo that he had submitted a blind offer on.  After going into this condo, he immediately wanted to withdraw the offer, as this condo needed considerable repairs that Gary was not willing to make.  As it turned out, we were the best offer on that condo, so luckily for Gary, we had rescinded the offer before the bank agreed to it.

At this point, Gary was very frustrated.  We continued to tell him we would find the right home for him, it would just take longer than he had expected.  He was really desperate to move out of his parents' house and his financial situation was keeping his offers from being strong enough to win in multiple bid situations.  We decided to ask Gary to consider renting an apartment until his finances had improved, so that he could buy a home he really wanted to own, rather than settling on whatever home he could get an offer accepted on.  He was open to the idea.  We suggested that he rent an apartment in the area that he was submitting bids on(but didn't really know the neighborhood well) instead of the area he originally wanted to live in.  I told him if he decided he didn't really like the area, at least he wouldn't be stuck with a home he was not happy with.  And once his finances improved, he may be able to buy something in the area he really wants to live, or may find that he likes the other area and will have more buying power there.

Even though I probably sacrificed a sale(even if it would have been a minimal comission), I feel much better knowing that Gary did not make the mistake by buying a home he wouldn't have been happy with.  I also believe that Gary will be likely to enlist my services in the future, knowing I had his best interests at heart.  I don't think I did anything differently than most other Realtors would have done, but I am curious about how others may have handled the situation.

So what, if anything, would you have done differently?

Michelle-I totally agree with you.  That's an excellent point you make about "Going the extra distance for a client will NEVER go out of style".  Thanks for your comment.

Jason, you did the right thing since this young man was so frustrated. We have a couple of buyers who are having a really hard time - they are being priced out of the market quickly and I hate to see it happen. He will sing your praises forever and bring you much business!

Good job, Jason.  It's not always all about the Benjamins.  You did the right thing, and it will come back to you 100 fold.  Another great Virginia Realtor example!

Jason, you did the right thing and that is what a professional does... the right thing. I've based my business on treating my clients as I would like to be treated. In the long run the Golden rule will never fail you.

I would have done nothing different. You absolutely did the right thing.

Thanks to everyone for your comments.  I sure feels good to know that there are so many honest real estate professionals with integrity out there.

Mike-Thank you from one Virginia Realtor to another.

Jason great post feature worthy indeed, you will be blessed at the end of the day.

You definitely did the right thing here.  Not only with this guy buy from you in the future, but he will be happy to refer his friends, colleagues and family to you.  Well done!

Jason, this is a wonderful example of doing what is best for your client. Many good things will come from doing the right thing!

Jason:  There's more than one type of "payment" for a job very well done.  I believe that in the future you will receive it many times  ... along with Gary's future transaction.  You raise the perception of our industry ...

Jason, not only you earned the trust from Gary, he should start sending you referrals - just stay in touch!

When you provide value that truly has the clients' interest at heart, you create a referral machine.

Jason- You did what was right for the client, he should appreciate it and hopefully tell all his friends..

Our fiduciary responsibility to our clients is to help them make the best decisions. Sometimes that does impact our pockets. But if you've been looking out for your clients, they won't forget it.

When you take "gain dynamic" out of anything or the "whats in it for me"..... real value surfaces and then whatever the deal coughs up after that is called business...good post

Thanks again to everyone for giving their opinions on this topic.  It's nice to know that all of my great peers on Activerain would be so thoughtful and caring for a customer.

It's important to discuss the pros and cons, and also alternatives that may not end up in a sale.  Gary will be a buyer for you in the future, just not right now.  And I'm sure he is grateful for you having this discussion.  It's very easy for buyers and sellers to get tunnel vision and they sometimes can't see alternatives.  That's why it is so important for buyers to have their own Realtor helping them out along the way!

For you a PAT ON THE BACK "JOB WELL DONE" is in order and thank you. Keep Smilin' 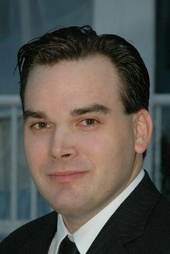