I used to warn the chasers of short sales that the major problem was the length that it would take to close on one and the condition that the home might be in after anywhere from 3 months to over a year had passed.

Now there is yet another real concern for any buyer in the Sarasota area who wants to play the waiting game.  You are in direct competition with the banks holding the mortgages because they are pushing to foreclose on as many properties as they can.  What does this mean to you?  It means that in an appreciating market, if the bank can push through the foreclosure before allowing you to purchase the property, you are back at square one and during the waiting period, home prices have continued to rise.  So, if you are serious about owning a home, make an offer on one that is really for sale.  Bank-owned properties are out there and many of them are good deals as well.  But, as far as short sales are concerned, I would advise you to think long and hard before getting into one. See the article below explaining what the banks are doing.

While waiting for a shortsale in New York the bank just sold the mortgage to another bank. Everything stopped and the sellers lost interest in starting the process all over again. We were already one year into the process. The home is old 1750 and now looks like it may fall down soon. VERY sad... =(

short sales are slow as a turtle...or more so :)

Marnie  I have not done a short sale and hope my clients don't ask me.  I accept I cannot specialize in everything and this is one beyond my expertise.

The Bank Lobbyists were here in Tallahassee in droves during the last Legislative Session.  The Mainstream Media was thrilled to report, "Foreclosure Process Speeds Up".  Guess who THAT helps?

You can go to the Foreclosure Auctions at the Leon County Courthouse here in Tallahassee every weekday.  NOBODY except the Bank shows up; everyone knows that the Bank will outbid everyone. 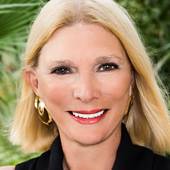