Teen who slugged burglar gets his 15 minutes of fame, but Hillerich and Bradsby Co. of Louisville, Ky gets millions worth of free publicity. This story appeared in news media outlets all over the world.

Yeserday a follow up to the story appeared on local Phoenix, Arizona and network TV stations. The young man was awarded a custom Louisville Slugger baseball bat as well as other merchandise, including a plaque honoring him.

I had to smile when a reporter asked him, " Why didn't you stay in the closet when the burglar came into your room?"  He replied, "there was no closet door".

Maybe Home Depot will replace the door free of charge and get themselves some good publicity.

A 14-year-old Mesa boy who made a national splash last month after he slugged a burglary suspect with a bat in his home was awarded a custom Louisville Slugger on Tuesday, inscribed with the words "brave, courageous, heroic.""It meant a lot. It has my name on it," Michael Six said, after receiving the bat from the Hillerich and Bradsby Co. of Louisville, Ky. "I'll probably frame it. I just feel famous."But Michael, a ninth-grader at Kino Junior High School in Mesa, said he'd handle the situation differently if it were to happen again. "I'd jump out the window first. I just wouldn't want to have myself in that position," he said.Michael's act of self-defense Jan. 15 swept the nation. He appeared on the Today Show and CNN."I just thought it would make the newspapers. I didn't think it would be so big," he said. "It was a little more than a home run."

Michael's actions were recorded on a police 911 call. Hillerich and Bradsby listened to the tape and decided to honor Michael, who was hiding in a closet inside a bedroom while talking to a dispatcher.

The burglar was armed with a screwdriver and was rummaging through Michael's backpack when the boy sprung from the closet and hit him with an aluminum Louisville Slugger in the lower back and on his left shoulder. The burglar could be heard cursing at Michael on the tape and grabbed the bat away.

Police later arrested Thomas Gonzales Garza, 30, of Chandler, who has been charged with burglary, aggravated assault on a minor and three misdemeanor counts of criminal trespass.When asked what he'd say to Garza if he saw him again, Michael said, "Thank you for not killing me."Hillerich and Bradsby representative Jim Snyder also presented Michael with a batting helmet, some clothing with the company's logo on it, and framed letter from John A. Hillerich IV, the company's chief executive officer.

"Michael, you are truly a hero and we are honored to have our Louisville Slugger name associated with yours," the letter said.

Mesa police are planning to present him with a citizen's meritorious service award, said Chris Arvayo, a police spokesman.

Michael said he'd like to be a Highway Patrol officer someday. "I would sit there, eat donuts and watch for speeders," Michael said.

That kid is pretty lucky not to get hurt.  This could have been a whole different story.

If you make your apartment looks occupied while you are away, then you have an

opportunity to decrease substantially a chance of burglary. Lights and noise in

your apartment are the best burglar deterrents. I have found two products that

can potentially work extremely well as burglar deterrents. These are CDs with

prerecorded household sounds. You can let the CD play nonstop while you are 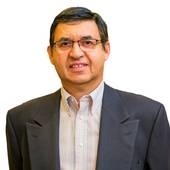