I have taken Craig's Seminars and will start implementing his ideas and tips asap.  Love his ideas and his excellent Real Estate toos and information.

I get a lot of agents asking me how they can set themselves apart from every other agent in their marketplace when trying to convert FSBOs. Agents ask me what they can say to a FSBO that will be more compelling and convincing than what their competitors are saying. Simply by asking me this question, it's clear that their approach with FSBOs is all wrong. They're talking to them after it's too late. What I tell them is that if they wait until a FSBO has advertised his or her intentions in the newspaper, it's way too late to think about setting themselves apart. Calling a FSBO from the newspaper is little different than cold-calling. In fact, it's probably worse because you're calling up someone you KNOW doesn't want to deal with an agent. They've already got their back up, and their canned rejection line ready, because they know that every agent in town is going to hound and pester them.

I created my FSBO campaign specifically to counteract the obstacles I've just described. It's by far one of my most successful marketing campaigns. As we all know, many sellers think about selling their home themselves and some follow through on this, but most don't. My FSBO ad attracts all of these prospects -- both the doers AND the thinkers. Once FSBO sellers call to get the information offered in this ad (and they do call), all you have to do is call back these prospects and, instead of trying to bully them into abandoning their plans to sell themselves, offer to HELP them proceed in this way.

The report we market to FSBO sellers offers valuable tips on selling their home themselves, and we also offer to lend them a FSBO sign for their lawn that directs interested buyers to an 800# you lend them free of charge and without obligation. All you ask is that if they do decide to list with a Realtor, that they interview you.

This program really works. In my own business, I found that 80% of FSBOs ultimately packed it in on their own (most before they ever get to the stage of doing anything) and decided to give me their business. They did so not because I pressured them, but because of the principle of reciprocity (Craig helped me so I'll help Craig.)

There's no downside. Even if they do sell on their own, you now have a cash buyer to work with.

I do caution Realtors that it's quite possible that you'll receive negative comments from other agents, your broker, perhaps even your real estate board, the first time you run this ad. I took a bit of abuse myself when I first launched this campaign. But I wasn't doing anything wrong and was able to easily defend myself to my broker.

To this point, however, it's very important that you understand what you're trying to accomplish with this ad. The argument against you will be that you are undermining the value of real estate agents. To the contrary, my FSBO campaign is truly helpful, positive and professional which reflects well on the industry. Contrast this with the abusive pressure some agents levy. It's actually the old way of doing things which undermines the industry.

Don't be afraid to try my approach. In fact, be afraid to NOT try it. It WILL generate dozens of great prospects for you.

If you’d like to know more about my FSBO program, including what to say in the ad, exactly what to say to the FSBO prospects you speak with, what the sign should say, etc., you can join me on a special webinar I’ll be conducting on Tuesday, July 30/13 at 11 am ET that lays out the step by step of my highly effective FSBO campaign for interested agents. You can get more information and register for this free webinar HERE. 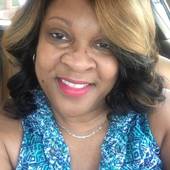