I sometimes wonder if selling hotdogs on a street corner might not be more fun and profitable.

It's sometimes like being a ditch digger and the harder we work the deeper we go in the hole.

Just recently over the past couple of weeks we've gone backwards.  For example:

Over the past couple of months, we've had the pleasure of driving a couple from Michigan around middle Tennessee during two visits for three days each from the Kentucky border to Columbia and all the little towns in between from Fairview to Lebanon, looking for the "just perfect" house.  We found "it" twice.  But, one had a contract on it that very morning.  The other, they both agreed was the perfect new home.  Then, by the end of the day and after another 100 miles, they decided that the new perfect house was 20 miles away from restaurants and shopping and would not work.  After six days and approximately 600 miles back and forth to White House and Portland and Fairview and Columbia and Bell Buckle to Smyrna and Murfreesboro, they decided that, maybe, they would miss their grandkids too much back in Michigan and not move to Tennessee.  L

Over the past two weeks we've enjoyed showing houses to a very motivated buyer who is anxious to find his new home and ready to buy.  On two that he absolutely had to have, and we were ready to write up an offer, had contracts on them that morning!  Then, a third one, which was the best of the three, we're again ready to write an offer, and learned that someone had come in just an hour earlier with a "full price plus" offer.  L

And, finally, this past week, the final nail in the casket was driven.  We've had a 10 acre listing of land in the very exclusive Leipers Fork area southwest of Nashville  with a great view for just $300,000.  After 12 months we were finally able to secure a buyer who was very financially qualified and excited about the sale.  Two days before closing,  it is discovered that a brand new whiskey distillery is going to be built very near the property which the buyer believes will destroy the quiet life and ambience of the land he is about to buy.  He backed out of the deal 48 hours before closing and with it, our $8,000 commission.  L

Do you want mustard or onions with that hot dog?

Judy & Jerry - Yes, this is a great business isn't it? I would try the hotdog thing, but there would always be some customer ordering a dog and then changing his mind to go get a burger! Hang in there!

Indeed, there are many days when you need to recite the mantra over and over again.  I've often said it takes a certain kinda crazy to be in this business!  I say Eat the Hotdog and keep on keeping on :) 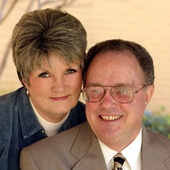