The Monmouth County Real Estate Market is holding up quite well compared to some disasterous areas in the country like Florida, California and Nevada.  The main reason is that we have alot of good paying jobs and our proximity to the economies of New York City, Philadelphia and New Jersey.

Alot of the markets that are not doing well were kind of pumped and dumped by investors.  Speculators thought that the market would go up forever.  No doubt that there was alot of money made by alot of people.  But starting in 2004 everyone tried to get in the game.  Most markets had some false appreciation due to easy loans, flippers, and people trying to buy before the market went up more and priced them out.

Prices seemed to get to a crazy point about the middle of 2004 and then went completely insane by the end of 2005.  We saw the market start to slow in 2005, and 2006 stayed about even but inventory increased and buyers decreased.  Prices held pretty well but seemed to start to drop locally in Monmouth County beginning in about mid 2007 and seem to have dropped somewhere between 5-15% depending on the town.

This was bound to happen, prices outpaced income substantially, more loans were offered to try to make the prices affordable, and people stretched thinking that prices would continue to go up and they thought that they would grow into this large number that their mortgage had become.

Finally, a peak came and people could afford no more increases in prices.  Then the Sub-prime mortgage problems did away with the 'easy money'.  Now you actually have to have a good down payment, good credit score, and an income to support the loan.  Back to basics..this is all good for the long term health of real estate but will have some short-term casualties.  Foreclosures are up, inventory is up (although when I am showing homes it doesnt seem like there are that many available) and prices are down.

Here comes the sun out from the clouds....

We have been in a down market since August of 2005 so we are coming up on three years, peoples income has risen, prices have adjusted, and rates are down below 6% for well qualified buyers.  They are also raising the conforming loan amounts.  This is the amount of mortgage that can be sold to Fannie Mae and Freddy Mac.  Meaning that when a loan is originated it has a secondary market to be sold to.  Right now the jumbo loan amount is $417,000 up from $217,000 in 2001.  They are now proposing raising it to $750,000.  Which is good news for our area as alot of our homes are in the higher bracket and it means loans for these homes will be more available and hopefully at the same interest rate as normal conforming loans.  So this should keep prices from declining further, set a bottom and get people buying again.  I would venture to say that there won't be an upward pressure on prices.  I believe they will stay flat for at least two years.

Good analysis Bill.  I agree the areas that got hit the hardest were those with overbuilding and too many speculators.  Steroid markets are never good in the long run, and they destroy the hopes of first time buyers, one if not THE most precious group out there.

do you know how much that family needs to earn to stay in that house and invest, save properly as well as enjoy life a little bit (car, clothes)? north of 200k and that needs to be consistent for 30 years because college is expensive and not much else gets cheaper but wages are stagnant

sorry you cant look at this with rose colored glasses. we wouldnt even have a real estate problem is sellers understood we are in 2009, not 2005 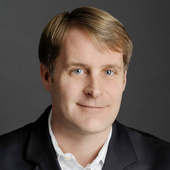 This is an occasional blog about Real Estate, Monmouth County, fun tips and general information