Education is a key component in any modern, progressive city's quest for excellence and progress. The city of Atlanta embraces educational diversity. As such there are numerous universities and colleges of higher learning located in the metro Atlanta area. In this post I would like to highlight those historically black colleges and universities that call metro Atlanta home. Please note that all the images in this post are clickable and will take you to the respective homepage that symbol represents. The first five five colleges and universities profiled below are part of the Atlanta University Center Consortium. The consortium structure allows for students to cross-register at the other institutions in order to attain a broader collegiate experience.

The Interdenominational Theological Center (ITC) is a consortium of denominational seminaries whose mission is to educate Christian leaders for ministry and service in the Church and the global community. The ITC educates and nurtures women and men who commit to and practice a liberating and transforming spirituality; academic discipline; religious, gender, and cultural diversity; and justice and peace.

Originally founded as Augusta Institute in 1867 by Rev. William Jefferson White. The main purpose was the training of black men as ministers and teachers. The current campus was a gift of John D. Rockefellar and is actually a Civil War historic site. The modern era for Morehouse College began in 1906 with the appointment of the first African-American President, Dr. John Hope. Dr. Hope helped to expand the curriculum and openly opposed Booker T. Washington's view that African-American education should emphasize vocational and agricultural skills. Through vigorous fundraising and keeping the focus of Morehouse College on an ever expanding curriculum, the school is recognized as "as the No. 1 college in the nation for educating African Americans" by Black Enterprise Magazine. Click HERE to read the Morehouse College Mission Statement. Morehouse can claim numerous leaders and pioneers in every field among it storied alumni ranks. Here is a small sampling, Click HERE for a more complete list:

Atlanta's premier public health facility, Grady Memorial Hospital, is the primary teaching facility for Morehouse School of Medicine students and residents. Grady is the only hospital in Georgia with a Level 1 trauma center and it is an integral part of the public health of Atlanta. As a public hospital, it is not without its problems. But the continued commitment of the Morehouse School of Medicine provides the highest level of healthcare available to the underserved of Atlanta.

Spelman College is an all female school that actually began as the Atlanta Baptist Female Seminary in a church basement in 1881. Two brave women, Sophia B. Packard and Harriet E. Giles founded this basement school. With a $250 grant from John D. Rockefellar the school hired two more full time teachers and moved to its present day location and opened to train teachers. In 1887 the first Spelman graduates receive high school diplomas. Another milestone for Spelman is the 1959 agreement signed with Grady Memorial Hospital to train nurses. In 2003, Spelmen was named in the top 100 Best Liberal Arts Colleges by U.S. News and World Report.

In May of 1885, the State of Georgia granted a charter to Morris Brown College of the African Methodist Episcopal Church. Originally, the Big Bethel Church organization was seeking funds to furnish a room at Clark College but the reasoning went that if a room could be furnished, a school could be built. this idea took root in the mind of Reverend Wesley John Gaines which eventually lead to the formation and charter of Morris Brown College. Morris Brown College promotes itself as "The Only Institution in Georgia Founded by African-Americans for African-Americans".

These excellent colleges and universities all call Atlanta home. They all contribute to the cultural and intellectual character that is Atlanta. There are numerous other colleges and universities that call Atlanta home but in the spirit of Black History Month and the general spirit of diversity, I am happy to have had the opportunity to present these great institutions.

If you are in the market to purchase a home or even refinance an existing loan and you want a loan officer that will walk with you every step of the way, then contact Danny or Rich of the Thornton Team at Home America Mortgage today. We can have you pre-approved in as little as 4 hours. You can visit our website or send an email to thorntonteam@homeamericamortgage.com or call us @ 770-998-1964.

Show All Comments
Tom Braatz Waukesha County Real Estate 262-377-1459
Coldwell Banker - Oconomowoc, WI
Waukesha County Realtor Real Estate agent. SOLD!
Like
Danny Thornton
R & D Art - Knoxville, TN
WordPress Guru
Rich, wow, this must have taken some time to get this together but you did a great job. Atlanta has some great schools in it and the Historical Black Colleges are second to know. Thanks for sharing all this information with us.

Tom - I am so glad you enjoyed it!

Danny - It definitely took some time and research to gather the info, but I am pleased with the result.

Thank you both for stopping by and commenting!

Like
Linda Futral
Newnan, GA
Rich this is an awesome post on the local colleges in the area.  This is incredibly informative and rich in history as well.  Great job!
Like
Rich Dansereau
Positive Real Estate Professionals - Knoxville, TN
Lind - Thanks for stopping by and commenting! It was both fun and informative learning about these great institutions that call Atlanta home.
Like
Frank Schulte-Ladbeck
Frank Schulte-Ladbeck Professional Real Estate Inspections - Houston, TX
Rich- this is a wonderful post for this month, and I am glad that Atlanta has such great institutions.

Deborah - These are some of the best colleges in the country. Atlanta does have a rich and diverse history.

Frank - In addition to those I highlighted, Atlanta is also home to Emory University, Georgia Tech, Art Institute of Atlanta, Agnes Scott College, Georgia State University, Kennesaw State University, and numerous other junior and community colleges as well as trade and vocational schools. We are indeed very fortunate to have all these institutes of higher learning call metro Atlanta home.

Christina - I am happy to be able to contribute!

Debbie - Check out the others I listed in my response to Frank. Atlanta is rich with educational opportunities!

Great and timely post.  I know it must not have been easy to get this research together and than not to write like a textbook.  Great way to show your local knowledge.  Here's something for your tip jar:-)

Rebecca - Thanks for the five spot <<<smile>>> I do really enjoy doing localism posts as I am very enthusiastic about Atlanta and all the wonderful things it has to offer. I also learn things about Atlanta that I did not know, so I'm learning and sharing. Glad you enjoyed the post and hopefully you might get to escape that Wisconsin cold and visit our wonderful city! 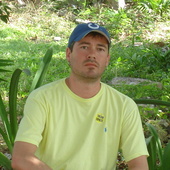 about 11 years ago
bookmark_borderbookmark
The Knoxville Expo, A Great Place To Meet And Gree...
View more Recent Posts   arrow_forwards