Housing growth continues to boom around North Texas, and according to a recent report, the area is leading the U.S. with new home starts. For Plano home shoppers who have been dealing with a lack of inventory, this is exceptional news.

Adding more Plano homes will undoubtedly help with some of the supply and demand issues that have been a thorn in the side of buyers for months. While the issue won't be solved overnight, the uptick in available inventory will help stabilize the market.

According to a recent report by MPF Research, North Texas is putting up multi-family developments quicker than any other state in the country. Rents are rising about 3%, and the entire area reached an annual leasing record during the month of June. MPF Research believes that the burgeoning apartment sector is to thank for the rapidly expanding business environment around North Texas.

Adds Jay Parsons with MPF, “They clearly reflect the strength of the local economy. Dallas-Fort Worth isn’t just adding a lot of jobs, it’s adding the types of jobs that draw the key demographic for the apartment market — educated young adults.”

While the apartment sector is no doubt sizzling, Dallas-Fort Worth area home builders have also gone back to the grindstone. During the second quarter of 2013, they started nearly 6,000 homes. Developers who were sidelined by the downturn in the economy have refocused their attention on projects and are working to finish developments to keep up with the demand. Around the Metroplex, there is a strong demand for homes, however, inventory levels just haven't been able to keep up.

During the second quarter, housing sales increased 25% around the Metroplex as compared to 2012. More than 5,000 homes were sold during this period, and new home sales reached their highest level in the Dallas-Fort Worth area since 2008. Adds Metrostudy's David Brown, “It is likely home builders will start 22,000 homes in 2013, which is at the high-end of our forecast."

But despite the uptick in home starts, experts point out that this is still well below the building peak in 2006. Today's numbers are about 60% lower, so for real estate analysts who are fearful this building surge could lead to another bubble, these numbers paint a more realistic story.

Real estate in North Texas still has a long way to go before it's considered fully recovered, however, there's no disputing that the Plano real estate market and markets around the Metroplex are performing exceptionally well. Existing home sales have been up for the past six months, in part because of the booming local job market. People will continue to move to the Dallas-Fort Worth area in search of those types of jobs that Parsons discussed above, and when that happens, they need to find a place to lay their head at the end of the day.

Looking at the first half of 2013, sales are more than 20% higher than they were during the same time last year. Buyers have helped set a North Texas sales record for a six-month period, and there's no signs that demand will drop off anytime soon.

Stewart Title Co. Chief Economist Ted Jones also points to jobs as one of the main reasons for the boom in housing. He said, “In the last 12 months, the DFW area created 104,600 net new jobs — that’s a lot of jobs. In that same period, the total residential permits issued in this area were 34,720. We could have built twice as many homes and apartments and not overbuilt this market.” 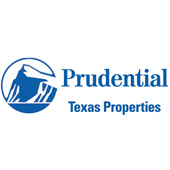