The Labor Department reported this morning that inflation at the wholesale level fell in July due to a big decline in energy prices. The Producer Price Index (PPI) was unchanged in July and below the 0.3% rise that was expected. When stripping out volatile food and energy, the Core PPI rose by 0.1% when expectations were calling for a 0.2% gain. The PPI measures what companies pay for everything from fresh fruit to trucks.

From what Prescott Arizona Mortgage Lender, Danell Riggs daily news Aug 14, 2013 is hearing, yesterday, Federal Reserve member Dennis Lockhart of the Atlanta Fed said that he wouldn't rule out easing back or tapering the current Quantitative Easing Program dubbed QE in September. The Fed has been purchasing $85 billion per month in Treasury and Mortgage Backed Securities each month in an effort to keep long-term interest rates low, spur on job growth and promote an economic recovery. Mr. Lockhart went on to say that the Fed should move cautiously in its decision to scale back on QE. In another sign that Americans are paying down debt, total consumer debt declined by 0.7% in the second quarter of this year to $11.5 trillion. The report comes from the New York Federal Reserve in its quarterly household debt and credit report. However, student and auto loans rose while mortgage balances fell. 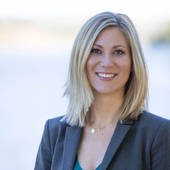