Crystal Bridges Museum of American Art - One in a Million On November 11, 2011, Alice Walton gave the Bentonville Community an enormous gift by the opening of the now world renouned Crystal Bridges Museum of American Art.   The Wal-Mart Heiress had amassed a large collection of treasures that spanned over most of American History and now it is on display in the most unlikely of places, a community of 35,000 people best known as the home of Wal-Mart Stores, Inc headquarters.  The museum sits on 120 acres of Walton land and is just a 10 minute walk from Downtown Bentonville, and thanks to a donation from Wal-Mart, admittance to the Museum has remained free of charge to view the regular collection since it opened 21 months ago.   The Huffington Post quotes "The Crystal Bridges Museum of American Art is regarded as the nation's most important new art museum in a generation, offering the types of exhibits more commonly found in New York or Los Angeles."  Endowed by the Walton Family Foundation with $800 million, Crystal Bridges instantly joins the ranks of the richest museums in this country.  Articles and reviews of the museum have been published in top newspapers around the country such as The Washington Post, The New York Times, The Denver Post and most recently The LA Times. When the museum first opened it's doors attendance was projected between 150,000 - 300,000 visitors a year.  Within the first year over 650,000 people visited the museum and today, only 21 short months later, Crystal Bridges Museum of American Art is expecting it's one millionth visitor to walk through it's turnstiles this week.  A celebration of activities is planned for the week of August 12th through August 18th. 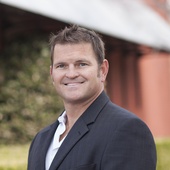