In Tallahassee, Fl, the Insurance Commissioner Kevin McCarthy stated that ''even though Florida hasn`t been hit by a major hurricane since 2005, there are other reasons as to why home owner rates will not be coming down in Fl.'' It was said they might even go up since some companies have spread increases out over several years on of of your biggest expenses. Reports point out that the cost of reinsurance has dropped by 15-20% this year. Insurers purchase this to provide financial backing in case of a major claim.

In most cases the big insurance companies are buying additional reinsurance instead of passing on the savings to the clients. Which is a total scam in my eyes! Although there is no firm rule on much is needed to be purchased, there was talk that some insurers have indicated they plan to reduce rates in some parts of Florida. Insurers are required to raise their rates once a year, but some companies chose to transition large rate increase over a number of years instead.
The costs of insurance rates is a subject that has been highly debated for years. Annual reports from Florida's Office of Insurance Regulation shows that over 100 hikes a year have been approved since 2009. Some of these requests to raise rates included double digit raises. The fragile nature of the market has been effected by category 5 storms like Hurricane Andrew back in `92. If you don't remember, that storm destroyed lots of the city of Homestead in south Florida and then some. And now with all the sinkholes popping up, I highly doubt ús homeowners will see reasonable home insurance rates again in our life time! Kenrick, I don't know!  I had a notice last week that my car insurance was being raised immediately.

That too Barbara! My renewal notice will be coming next month. I guess I'll find out then! lol 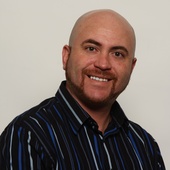