Homeownership is not the American Dream in, and of, itself.  The American Dream is personal and family security, self-sufficiency and the ability to improve one’s situation with hard work and sacrifice. Homeownership is a key ingredient for attaining those goals and is a more reliable a sign than any other that a person is on the path to achieving the American Dream.  A recent study commissioned by the National Association of Realtor®s, suggests that, despite a very difficult period for home owners, Americans are still “buying-in” to the power of homeownership.

NAR recently released the results of a survey they conducted on American’s opinions about homeownership. According to the 2013 National Housing Pulse Survey:

Each of these results from the 2013 study exceeds the percentage from the 2011 study. This is not surprising as both the economy and the housing market have stabilized over the past two years.  However, what is most significant is the fact that the recent crisis does not appear to have had any negative effect of most Americans views on owning a home. To the contrary, more Americans than ever appear to see the security that homeownership and equity development provide as essential goals for their lives.

One potential exception to this sustained, and even enhanced, view of homeownership is found in young adults 21-30.  This age group, which have not been homeowners before, saw the negative effects of the real estate crisis and are apprehensive about “buying-in” to “old-ways.”  They are skeptical of all institutions and that includes the “institution of homeownership.” They are burdened with high levels of student debt and have faced a very difficult job market.  They report an intention to make it on their own, and to refrain from connections that they feel bind them.

This skepticism must be eliminated through education.  The facts are clear that responsible home buying and diligent mortgage repayment are the best pathways to future financial security.  Our home financing system is far stronger, safer and more reliable than it has ever been before.  A recovering housing market is once again regaining its place as one of the foundations of the American economic system.  It is once again producing jobs both directly and indirectly.

But here is the key to achieving buy-in from young adults to homeownership: no other action, excepting a good education, will put you in a better position to avoid dependency on the government, other institutions, or even Mom and Dad. For young adults, nothing empowers “opting out” better than “buying-in” to homeownership. 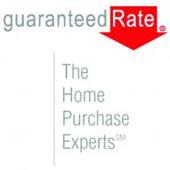