There are roughly 2,000 roundabouts across the United States, most of which were built in the last ten years, according to Edward Myers, the senior principal at transport engineering firm Kittelson and Associates. Hundreds more are planned for the immediate future.

Are you ready?  Well in 2000 I moved to Bend, Oregon, A small town at the time that is most likely the city with the most roundabouts.  Bend, Oregon has over 50 roundabouts and on any given day you can get dizzy driving to work in the morning.

When I moved to Bend the sign at the edge of town stated that the population was 29,633.  Recently I went by that sign post again and was surprised to see that the population is now 89,238.  That is a lot of growth for a 10 year period in a town that is supported by tourism.  In Bend, Oregon we depend on the tourist, this town has no industry, so on the weekends the traffic doubles and there is a large amount of drivers that are not familiar with roundabouts

Well, what does that mean to me.  I see the problem in the City of Bend is the beautiful artwork that has been placed in the middle of these roundabouts.  It is anything from Flying Fish, a Pinwheel of Kayaks to what the locals call the "Flying Chicken", actually I am not sure what that is supposed to be.  But, I do know that the artwork is very spendy and is like a museum of expense art.

What's to understand about a roundabout?

Well, in Bend there is more to it than that.  When the "Shoobee's"  (the tourist, as the locals call them, and the meaning of the slang in unknown to me) enter the roundabouts they are amazed by the art and are looking at every thing but the road.  I have seen them hit the curb, drive straight through and in several cases, none that I have seen, they have actually run into the art work in the center that is worth often over $100,000.00.  Wow, please do not sneeze on the Mona Lisa!

Did Bend get it wrong, have they created a traffic jam on the weekends instead of helping the traffic flow freely?  Hundreds more roundabouts are planned for the immediate future, so it seems American drivers will have no choice but to get accustomed to, and learn how to use, these rotary roadways.

Welcome to Europe - They have been using roundabout in other countries for hundreds of years.  I think it works best in smaller towns, but then again what do I know.  I found a roundabout the other day in the most remote area of Arizona, where it used to be a two-way stop.

Thanks for the comment.  I went to school in the U.K. for two years, and became familiar with them at that time.  You are so right they are very European, and very Bend, Oregon. 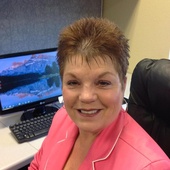 Real Estate Best Practices about 8 years ago
bookmark_borderbookmark
Why Do I Need a Coach?
View more Recent Posts   arrow_forwards