Is the US economy in trouble? If it is what can be the extent of the damage? What is unique about the subprime mortgage crisis? Will the elected representatives and traditional media tell the American people the truth or hide the true facts?

Recently, I found an interesting paper titled, Is the 2007 U.S. Sub-Prime Financial Crisis So Different? by Carmen Reinhart of the University of Maryland and Kenneth Rogoff of Harvard University.

The authors draw parallels between the current US economic issues with five previous financial woes. These five past crises lasted longer than anyone had anticipated. The nations where the extended crises occurred were:

It is abundantly clear that these nations vary from the US in many ways but a closer examination reveals some similar patterns.

The Chronicle of Higher Education did just that. In reviewing the Reinhart and Rogoff paper, they focused on the parallels to the Japan crisis. The Chronicle states that like Japan et al., the United States has seen:

How the Current US Economy Parallels Past Financial Crises 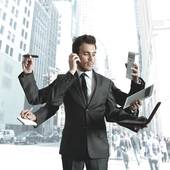