I have had people attempt to argue with me (a year ago) that they are not convinced that green is the way to build and it costs too much. I simply explained they were only arguing against better built homes that are healthier, more durable, more energy efficient, last longer and are a better return on investment. Today, if you asked them, those same folks invented green.

I had an agent in my office the other day noting the articles and references to green building on my walls say, "I suppose this will catch on someday, it is probably a little to early for it yet." I mentioned, "It probably isn't to early for our heating bills this winter." Hi Brian...true story! How much longer a product last that is considered "green" will have a "pay back" point where it paid for its' self, such as an HVAC system that is rated hybrid and qualifies as Energy Star or better. The point of "sustainability" is when it outlasts and pays back comparing to conventional products. 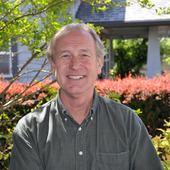 over 14 years ago
bookmark_border
I have heard of forced hot air -but forced solar h ...
View more Recent Posts   arrow_forwards