January is the deadliest month for house fires and fire-related deaths in America, according to the National Fire protection Association. While many households have smoke detectors, many consumers are unaware of the type of device they are using, which could make a huge difference in an emergency.

Two types of smoke detectors exist: an ionization alarm and a photoelectric alarm. The two have varying response times in specific fire situations.

However, 90 percent of U.S. homes have the ionization alarms, which usually are cheaper than photoelectric.smoke detectors.

The smoke alarms should be replaced every seven years. The dual alarm is a better choice. The detectors should be cleaned once a year and the batteries replaced twice a year. If you have a new house the standard is to have one detector  in every sleeping area, however the minimum in any house should be one on every level, and one near the entrances to all sleeping areas. Avoid kitchens, and bathrooms where there is higher humidity and cooking products that could effect the detectors. There are new products out that have the ability to record your voice to alarm children, Children have been known to sleep through a protector alarm, where the voice of a parent recorded on the detector would help awaken them.      'Smart Move HomeInspection LLC' 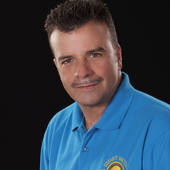