I mean really stinks!  Ok, so we've all been to those homes.  Sometimes it's the pets.  Sometimes it's the kids.  Could be the trash can or possibly the last meal that was cooked.  The odors that take place in the home are many times not as noticeable to the homeowner because they are there all the time and grow accustomed to some of the odors.  Especially true with cat odors.  How many times have gone to an OPEN HOUSE and upon entering, wish it had been OPEN for a couple hours before you got there.  I mean every door and window open.

Often it is mentioned to homeowners to bake bread,  a pie or cookies.    Discussed also are plug in air fresheners or the little oil scent sticks.  These are all good suggestions, but aren't always used.

Last month, I was walking through the mall with my wife, who suggested we go into Bath & Body Works.  Hurray! That put a thrill to the afternoon of shopping (said with much sarcasm).  Ah, but I digress.  While in the store I noticed a little silver container with a orange-ish dot on it.  Written across the dot it said FOR HOME.  I picked up the little silver canister that resembled a CO2 cartridge for whip cream dispensers; only on steroids.  It turned out to be concentrated fragrance spray.  They had several fragrances to choose from, but I chose to test the Creamy Caramel and a Cinnamon fragrance.  Now let me tell you, I have had several spray air fresheners around the house and they smell OK, but these really smelled nice.  I picked up those two bottles and when I got home I sprayed just one spray in my foyer and the scent lasted for at least three hours.  The scents are not overwhelming and really seem to last.

I now carry one of the cinnamon bottles in my Open House kit, just in case the home needs a little help for those few hours.  It has made a world of difference in peoples reactions.  The fragrances are made by Slatkin & Co. for Bath & Body Works and run about $5.00 for a 1.5 oz canister, but at 1 squirt per room, will last you a long time.

Homeowners, even if you think your home smells wonderful, a little squirt can't hurt.  It can entice people to stay though.

Looking for the next Open House.  Just follow your nose!

Show All Comments
Rainer
136,537
Gayle Balaban
The Best Spot Realty/Waterfront Real Estate/Ooltewah Real E - Chattanooga, TN
E. TN Waterfront Real Estate
In my opinion every house has a distinct odor.  Some definitely better than others.
Feb 20, 2008 03:35 PM
LIKE
#1
Rainmaker
655,982
Bob & Carolin Benjamin
Benjamin Realty LLC - Gold Canyon, AZ
East Phoenix Arizona Homes
This sounds like a good resource. Would help a "stale" house that was not lived in for awhile as well I am guessing.
Feb 20, 2008 03:43 PM
LIKE
#2
Rainer
20,396
Mike Gambino
Prudential Patterson Realtors - Florissant, MO
GRI
Gayle & Bob & Carolin - I agree.  I always recommend a spice type scent such as Cinnamon or Vanilla.  Floral scents are usually a little overwhelming.  Most people like the spiced or fruit scents.
Feb 20, 2008 03:54 PM
LIKE
#3
Rainer
47,744
Susan Walters
Keller Williams Realty, Ann Arbor, MI - Ann Arbor, MI
Mike, You have found your feminine side, congratulations!  As a realtor who works a lot of foreclosures, I can only say that air freshener would not help my usual suspects but heavy scarves and not inhaling do wonders!
Feb 20, 2008 04:01 PM
LIKE
#4
Rainer
20,396
Mike Gambino
Prudential Patterson Realtors - Florissant, MO
GRI

In your case it will still work.  You just have to spray it directly on the heavy scarves. ;)

Mike - Great tip!  I wish more home sellers understood the importance of that first sensory experience a potential buyer has as they walk through the door.  Sometimes those smells can permeate a house.

That sounds like a much better idea then the one I usually use.

I usually buy a case of car freshners..you know the ones that hang on the rear view mirror...and I put them in the little box in the front foyer..where the booty box is for rainy days...and I ask the buyers to kindly take one freshner and place it around their neck.

You are truly a nutcase, but I love 'ya.

Feb 20, 2008 11:57 PM
LIKE
#13
Rainmaker
314,306
Carol Culkin
Reece & Nichols - Leawood, KS
Overland Park
I agree with Gayle...a house has a distinct odor. As you mentioned, we can make suggestions to the homeowner to bake pie or bread - but sometimes that is a little like having BO and wearing perfume to cover it out. Some odors have to be eliminated with fresh paint or new/shampooed carpet. Some odors are "baked" into the walls and floors over time (smoking, pet accidents) and no amount of baking bread or pie will help it to go away.
Feb 21, 2008 04:03 AM
LIKE
#14
Rainer
8,809
Jeff Rogers
retired - Manchester, TN

Nice, I like to smell a house when I come in.  To notice those odors that might let me know of a problem.  I do like when someone has lit candles or something of the same nature.  I will try these out.  Thanks for the tip.

Feb 21, 2008 04:19 AM
LIKE
#15
Rainer
20,396
Mike Gambino
Prudential Patterson Realtors - Florissant, MO
GRI
To all who have commented.  Certainly my suggestion only masks an odor, it does not eliminate them in some cases.  Certainly cat odors will return and the smell of smoking in the home.  However if the homeowner just grilled liver or fish, it can certainly help overcome those scents.  Certainly for a home that has just been closed up for awhile, it will refresh the air.  Thanks for the comments.
Feb 21, 2008 05:03 AM
LIKE
#16
Show All Comments
Older Post Newer Post
Back to Top
Find what you need?
See More Blog PostsAbout Real Estate! SEE MORE NOW!
Rainer
20,396 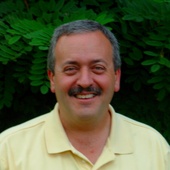