A Microsoft buyout of Yahoo would be a disaster. Such an acquisition would send us back in time, technologically speaking. The outcome has major implications for all of us, including the real estate industry, which depends heavily upon the Internet. Here's why.

First, large companies (in this case multi-billion dollar companies) do not merge with the same simplicity of making a banana split. You can hardly screw up mixing ice cream, fruit, nuts, and sweet flavors. Whatever you end up with is edible, at least for the creator. Attempting to mix two massive organizations with completely different foundations, management philosophies, marketing structures, business models, affiliate relationships, customer networks, financial and investment practices, and market niches would be the ultimate nightmare for both companies, but ultimately for consumers.

Steven Covey, one of this country's most knowledgeable and respected experts on business and mergers, said long after the merger of his company and the Franklin company that he would not have done it if he knew how massively complex and impossible it would be. That merger would be a skip in the park compared to a Microsoft buyout of Yahoo, which would be more like a New York marathon.

The second reason a Microsoft Yahoo merger (or acquisition) would be a disaster is because we all know from history (which we won't naively forget, right?) that Microsoft is the leader of absolute control, and the consumer is always going to pay for submitting to Microsoft. That is true of operating systems, software, subscription services and Internet infrastructure.

If you give Microsoft the keys to the castle, you will pay forever to live in the Kingdom, to own property, for the right to grow and sell crops, to irrigate your fields, to plant red roses (premium fees will apply if you want other colors), and if you want to actually tour the castle, you will pay in gold (secured by the lives of your grandchildren).

An acquisition of Yahoo by Microsoft would be a major disaster for all of us. Except Google. The leaders at Google are Internet light years ahead of Steve Balmer and company. While millions of consumers are moving rapidly toward open source software and reasonably priced and beneficial subscription services, and away from Microsoft products and services as fast as they can run, Google is embracing consumers' needs and preferences. What is Steve Balmer thinking? Where is Bill Gates anyway? Oh, yea, he left the building.
LIKE

I am so happy with the acquisition of Yahoo by Microsft, although I'm not convinced it will happen.

IMO, they deserve each other.

Is the microsoft yahoo deal already negotiated and done? The last I heard yahoo shunned the offer?

Feb 24, 2008 09:24 AM
LIKE
#4
Ambassador
628,288
Roland Woodworth
Q Realty - Clarksville, TN
Q Realty - Power In Real Estate
Very interesting..... I must have left the building when this was announced as this is the first I heard of it... WOW....As for Google.... I'm interested in what they may have to offer
Feb 24, 2008 09:27 AM
LIKE
#5
Rainer
45,205
Bob Schenkenberger
Colorado Realty Professionals - Greenwood Village, CO
Denver Real Estate
I agree, keep the Microsoft hands off as much as possible!
Feb 24, 2008 09:28 AM
LIKE
#6
Rainmaker
717,756
Ruthmarie Hicks
Keller Williams NY Realty - 120 Bloomingdale Road #101, White Plains NY 10605 - White Plains, NY
Interesting how a few years changes everything!   There was a time when microsoft rocked everyone's world. But they became arrogant. and stogy.
Feb 24, 2008 09:47 AM
LIKE
#7
Rainer
42,621
Craig W. Barrett
RE/MAX 100 - Hughesville, MD
Hughesville MD Real Estate
Clearly MS can't find a profitable way into online advertising and the search engine business on their own, so they've got to gobble up the biggest thing they can find. It's oil and water. I bet AOL's Online Advertising Exec's and Google's Lead Technologists are already wooing the Talent at Yahoo!
Feb 24, 2008 10:00 AM
LIKE
#8
Rainer
24,666
Aaron Gallagher
Green Street Realty - Champaign, IL
You know without Microsoft the software and inovation they've created we would not be here typing today !  It's so funny how people just seem to forget that....
Feb 24, 2008 10:54 AM
LIKE
#9
Rainmaker
416,436
Mesa, Arizona Real Estate Mesa Arizona Realtor
Homes Arizona Real Estate LLC - Mesa, AZ
AzLadyInRed

This will definitely worth watching. As for me? Whatever. Though I was a dos lady and hated the mouse, inevitably change does occur. Sometimes for the best, sometimes not. Haven't we all noticed? Anyone with a lot of money wants to make more?

Feb 24, 2008 12:44 PM
LIKE
#10
Rainer
286,894
Dick Betts
Dick Betts National Speaker - The Villages, FL
National Speaker to the Real Estate Industry
Agree with you on this one.  Actually would love to see Yahoo stand alone and get better forcing Google to get better and so on.  Power of 2 completing would benefit us all
Feb 24, 2008 04:54 PM
LIKE
#11
Anonymous
Chuck u need to wake up man!
Why would u ever think its a disaster, google is jsut rising prices day by day for their ads and there is no one to compete with them. With Mic-Yah combination small business owners will only profit, if you are calling this disaster then ur out of your mind nor u got nothing in there that relates to technology
Feb 24, 2008 04:59 PM
LIKE
#12
Rainmaker
45,366
Michael Creel
InActive Agent - Bellevue, WA
Not likely Yahoo will sell anyway.
Feb 24, 2008 05:37 PM
LIKE
#13
Rainer
8,208
James Clark
Real Estate Professional - Potomac, MD

Microsoft is a strong company that leads by example, not "absolute control". If it seems that they have had absolute control, it is because they have continuously created a vast array of reliable products and services. It is incorrect to compare them to ?oogle or Yahoo. They are different companies both in size and scope.

How much does Microsoft charge to use Internet Explorer software? Microsoft Word, Excel, Powerpoint are industry standards as well as the operating systems that support them. Microsoft Hotmail and MSN.COM provide reliable Internet services, e.g. email and search engine.

The acquisition of Yahoo would be a great step for Microsoft and I'm confident that consumers will benefit in some form or fashion.

Hopefully there will be a more relevant search engine to come about that will out preform all the ones today. It is the great thing about the American free enterprise system.

There is a limitation to the number of enhancements that could possibly be made to an Internet search utility. Marketing hype generated by an organization in attempts to hike up stock prices is not a factual basis to determine competitive forces in the search engine market. Regardless, it is always best to search the Internet using multiple search engines for anything of significance, i.e. research, health issues, etc.

When I search the Internet using MSN.COM, I never think about who Microsoft Corporation is competing with. I'm also not thinking about the millions of dollars in advertising revenue which is generated by MSN.COM either. 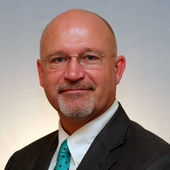