Ashland is home to a growing, in both quality, and size, indepenent film festival.

The Ashland Independent Film Festival received a grant this year from the Acadamy of Motion Pictures (you know, the Oscars) to help bring talent to Ashland.

The festival takes place on the five screens of the intimate art-deco Varsity Theatre and at the Historic Ashland Armory - within a few blocks of each other in historic downtown Ashland, Oregon. See our archives for past film selections and special guests.

I have volunteered for several years to help this fine event take place. One of the many things that makes Living in Ashland Great!!!! 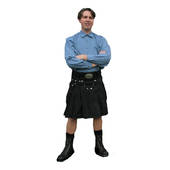 Rants from the most recognized Realtor in the Universe