PAART Brings the Christina Watson Quintet to the Palace Theatre

The Performing Arts Alliance of Rural Tennessee is bringing vocalist Christina Watson back to the stage of Crossville's own historic Palace Theatre Saturday night, March 8th at 7pm central time. Christina and her quintet received rave reviews from all those who were lucky enough to see her perform at the Palace last summer.  Christina's warm, smoky sound appeals to a wide range of music lovers. She appeals to people young and old and from various cultures and backgrounds. She can swing on a jazz standard, interpret a ballad with mature sensitivity and then belt out the blues with attitude and a unique edge. Her original songs are an extension of her love for the blues and R&B styles, genres which match her voice well. Classically trained, she also possesses a powerful and moving soprano voice, which is showcased by her role as soprano in the Nashville-based vocal jazz group 3rd Coast Vocals.

Christina went into a Boston area studio in early 2004 to record her debut CD, "All About Love," which is now available online through CD Baby. The CD includes jazz and blues standards, some original material and fresh arrangements of a few pop covers. Pianist / arranger / songwriter Mark Shilansky and smooth jazz saxophonist /vocalist / songwriter Walter Beasley are among the musicians featured on the album. Christina's original "Half Moon" garnered great reviews in publications around the globe, including Sweden's "Orkester Journalen," the world's oldest Jazz magazine.

Christina's new album,"A Flower Truly Blue" is set for release this month.  This project features pianist/arranger Pat Coil, bassist Craig Nelson, drummer Bob Mater, trombonist Oscar Utterstrom, and it is being produced by Green Daniel, who is also co-writing some of the songs with Christina. Songs on the album will include a cover of the Beatles' "We Can Work It Out," Cole Porter's "All of You," and Leonard Cohen's "A Thousand Kisses Deep." The CD is being recorded at Sony Tree Studios in Nashville, Tennessee, with Paul Hart as the engineer.

After graduating Magna Cum Lauda from Berklee College of Music in 2001, Watson moved from Boston back to her southern homeland, choosing the small-town feel of Nashville over the large city atmosphere of New York City. Soon after her arrival in Music City she found the Nashville Jazz Workshop and vocal coach Ron Browning, through whom she began enlarging her jazz repertoire. Having sung at local jazz festivals in Watertown, Germantown, Franklin and Murfreesboro, she has also been performing jazz and blues at venues in and around Nashville with trios made up of some of Nashville's finest musicians, including Lori Mechem, Roger Spencer, Jim White, Shawn Purcell, Tisha Simeral, Justin Amaral, Shane Roberts, Kelli Cox, Jerry Navarro and Oscar Utterstrom. Christina makes annual appearances outside the US in both the classical and jazz realms. She has sung traditional hymns and music by Mozart and Debussy at a church near Enkoping, Sweden, and she has opened for Swedish vocalist Meta Roos at a summer jazz festival. She appeared as percussionist with the MTSU Wind Ensemble during their tour of South Korea in the summer of 2005. Christina was warmly welcomed as guest artist with the Jo Roberts Big Band at their concert in Massemen, Belgium in 2006.

Appearing onstage with Christina will be her Swedish-born trombonist husband, Oscar Utterstrom, who also has a new album, "Home" set for release in March.  Mason Embry will join them on piano, Russell Wright on bass and Duane Norman on the drums.

Don't miss this opportunity to enjoy great music right from the stage of Crossville's own beautiful Main Street theatre.  Tickets are $10 for adults and $5.00 for children and students.  Tickets are available for pre-purchase at the Palace Theatre and will be available at the door on the evening of the performance.  To learn more about Christina and to listen to her music, visit http://www.christinawatson.com/.  To learn more about the Performing Arts Alliance of Rural Tennessee and to view upcoming events go to http://www.performingartsalliance.org/.  And as always, check out the Palace Theatre's schedule at http://www.palacetheatre-crossville.com/. 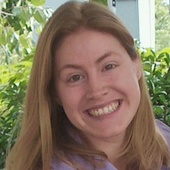