She's three.  She's isn't afraid to ask, and often.  She isn't afraid of hearing "no", that just gets her going to ask for more.  She overcomes objections like no one's business.

Anytime I am faced with whether or not to ask for the sale - I follow my three year old's lead.  What do I have to lose?  And how many times does she get what she wants, simply because she asked?

Here's a great example of her negotiating skills.  Let me set the scene.  We have just left the doctor's office where she hasn't thrown a typical three year old tantrum, so things are good.  My husband is with me, because two children with ear infections at the doctor's office is not my idea of a great time.  At this point, I'm counting my blessings because we were the first appointment, in and out prescriptions in hand, nothing to it.  Then we get to the car and announce to little miss that she's going to school.  This is where I fade into the background and become an observer - it's too classic!

Daddy: (firm but with a quiver)  "Since you were good in the Doctor's office, I'm going to get you a train"

Note - in my opinion, this was mistake number 1.  I'm thinking to myself, why is he giving away the farm?

Daddy: (looking a bit confused)  "If you go to school like a good girl you can have three trains"

Note - in my opinion, this was mistake number 2.  I'm thinking to myself, why is he giving in so early? But I think her lack of hesitation is what threw him.  He may have glanced at me, I was pretending not to hear what was going on!

Little Miss: (beaming) "I want three trains and a truck"

Perfect.  She has just negotiated that if she does what she is SUPPOSED to do, she will get way more than she deserves.

She threw a tantrum when we dropped her off at school.  This morning she came into my bedroom with her new train and announced that she doesn't have two trains to go on the back of it.  (I think she's a genius because it seems she knows that 1+2= the 3 trains she asked for to begin with.)

You can't see the words on the t-shirt she has on in this picture but it says, "Sassy Like My Mommy".

Show All Comments
n d
Naoma Doriguzzi - Virginia Beach, VA
that is too funny!  I know the feeling all too well.. i have a 2 1/2 yr old who seems to always find the ice cream!  :)
Like
Michael A. Caruso
Surterre Properties - Laguna Niguel, CA

What a cute blog... and oh how so true.  They learn from a very early age... and they can teach us a thing or two.

Andrea - I have 3 young sons. I completely understand this...

So, let's apply this to our business:  "I want you to list your home with me, and once you do that, then I also want you to call three of your friends and tell them they have to list their homes with me this week, too."

Somehow, I think once you past the age of 13, that reasoning just won't work anymore...

This was a great look into the minds of kids - they are the best negotiators!

Oh, yeah, in my house we live with a terrorists and we do not negotiate, but it does not keep her from asking, again and again til she wears us down and over runs us with request for candy, movies and small arms fire.

have a good day

Like
Audrey June-Forshey
RE/MAX Realty Services - Darnestown, MD
GRI, Gaithersburg, MD
That is so funny!!  If don't have the fear of failure, what is there to lose?  Very cute!
Like
Jessica Curtis
Sutton Group Right Way - Woodstock, ON

How very true, and very cute.

If only we had the same guts as they do!

Like
Jimmy McCall
JimmyMcCall.com - Cunningham, TN
The Ex-Mortgage Consultant
Andrea,  Another skill children have is handling objections. They ask: Why? Why? Why? Until you give them the answer they want.  A simple question to handle an objection.
Like
Caryn Schniederjan
RE/MAX Dallas Suburbs - Plano, TX

So true. It doesn't get any better when they are pre-teen or teenagers - they just refine their skills.

When negotiating contracts for buyers, I tell them the worst that can happen is that the seller will say no. If the request is something that they are adamant about and the seller says no, then we can move on. If not, maybe we can get a little something extra in the deal. Isn't that what our kids do. Only I hope my clients don't throw a temper tantrum. :)

Caryn - I have a 14 year old too!  You're right, hormones DO NOT help the situation!

With the slower market, as a seller's agent there is nothing more I like than the start of a conversation with would be buyers!  Believe it or not, I've seen a couple of tantrums from them - I'm not saying if they were the buyers or the sellers (or maybe both)

Just checking in on what you have been up to, and read this awesome article!  This is way too cute!  Of course you are so correct...the kids usually get what they want, either with persistence or whining.  Do we whine?

Hey Andrea, I am new to active rain and I am checking out a few local blogs.  I think you and I have met a few times in person here or there.  I hope Marsh Oaks is still doing well for you.  Great place to live!

Your blog, as everyone else has said, is so true.  I have a daughter.  She is only 14 months but I can already see her will coming out in her!  I would not trade it for the world. 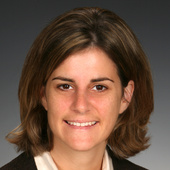