As they say in Hungary, "One Swallow Does Not Bring Summer." On the other hand, when one has made it to your neighborhood, the others are not far behind! You might ask what does this has to do with real estate.

Quite a bit, because in the last few weeks more and more news is in the media regarding how we are at or close to the bottom of the market. I am not a big fan of the media - since in my opinion - had a big hand in the current market situation, but that is a topic for a different post.

Now I am starting to notice more and more somewhat positive or actually encouraging news. The latest round came when I happened to find Blanche Evans' article on Realty Times, from there I just had to see for myself the articles that she was referencing. Articles like these were non-existent in the mainstream media in the past year. Despite that we as REALTORS® and the NAR tried to get the message out, it was not reported until their own reporters did not start to realize that the "Ice Age" in real estate coming to an end. Therefore, to say the least I was surprised to see Dan Kadlec's "Ignore the Headlines" piece published in TIME Magazine in February 2008. The other one was by Marko Djuranovic at Motley Fool on February 25 called "Why Housing Prices Are Nearing Bottom". Even the occasional news reports on the "Big Three" broadcast stations stopped using one of 2005 - 2006 favorite buzz words "real estate bubble".

Are these contributors the first few of the little "birdies" who will bring "summer" back into a lot of people's lives? I hope so!

Fun how I was feeling that about 30 days ago and started telling my clients to hold on things will start moving forward soon. We have had a lot of action in the lower end of the price point which then free's up sellers to move up making a whole knew bundle of buyers I figure give the market an early spring and that will kick start or summer buyers.

Like
Lane Bailey
Century 21 Results Realty - Suwanee, GA
Realtor & Car Guy
There is a saying in the investment community that the more often Donald Trump shows up on magazine covers, the closer we are to a market top.  The more buzz, the farther it is from true.  The housing market has been incredibly resilient with the different challenges over the last year.  if DC can stay out, we might see a turn-around soon.

Like
Matthew Heavener
ERA Heavener Realty Co. - Jacksonville, FL
Great blog! In our local market we have noticed that the number of new listings is begining to diminish compared to a year ago.  That is the first step.  Next we will have to look at DOM go down.  And finally, we will need to see the ratio of list price to sale price increase.
Like
Zsolt Kovacs
Tyler Property Management, LLC - Port Orange, FL
CIPS, TRC, CMCA, LCAM

Eric & Matthew - I think you are right, since the beginning of the year, the inventory of homes has dropped by about 2% in the Daytona Beach area and there are more people out looking at properties.

Lane - Has DC ever stayed out of anything? They had a hand in our current situation, by pressuring the banks to change some of their lending practices in 2001-2003.

I've been busy since right after Christmas. Yay! But I laughed at your Hungarian quote because all I could think of is your stories about the great vodka in Hungary. I was thinking one swallow would probably have me drunk as a skunk! LOL

I know you appreciate my "professional" comment =P  So I'll return to business now. I have definitely seen an improvement in the market already. The buyers are still reluctant to commit, but at least they're looking again!

Lisa - It wasn't Vodka /that is Russian/, it is Pálinka that we like to drink in Hungary. Unfortunately, I depleted my reserves of that.

As far as business goes, there are still buyers out there who are waiting on "Timing" the market and hope that they get in at the bottom. Like in Dan Kadlec's article, waiting 6 more month and having interest rates or prices rise will not help any of the buyers.

The problem is that many buyers are not willing to listen to good advice from the real experts, the REALTORS. Instead, they are paying attention to "experts" who never had a real estate transaction, but they appear on national media.

The three above-mentioned articles are hopefully the early indication of what is coming in the media. 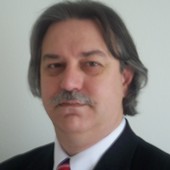