Last night my granddaughter was tested for her yellow belt in Karate. Why am I posting about this in AR?

These ceremonies are a celebration of success. No, she is not a black belt yet but she is testing for the yellow belt. My friend and my mother watched on with me as Haley (my granddaughter) was tested and she didn't miss a beat. "I am so nervous for her" said my friend. But Haley was not nervous because she has been learning for one year, in little pieces, all the techniques that flowed seamlessly into a perfect exhibition. Haley was, however, nervous about how hard she was going to get hit in the stomach and if she would cry. I did not know what she was talking about until the end of the test. Each new yellow belt would get punched in the stomach by the black belt instructor. The instructor explained that there is pain in growth and the punch in the stomach was to signify the pain they went through to get to their yellow belt; all the hard work and commitment it took for them to get to this point of their journey. They would survive the punch and by doing so the karate students would know that they could handle that which they feared the most. They had prepared for it, would survive it, and they could get to where they want to go.


How lucky she is to learn this lesson so early in life and in such a positive way. Show All Comments
David R. Fuller
RE/MAX - Anthem, AZ
The martial arts definitely have alot to offer. Tell your granddaughter congratulations!!!
Like
Gina Dougherty
Fusion Design Consulting - Redondo Beach, CA
Home Staging Redondo Beach, CA- FusionDesignConsulting.com
Sheron, this is a GREAT post, thank you for sharing.  I am almost crying thinking of your beautiful granddaughter getting punched in the stomach, but it is a great analogy of life in general and it looks like she survived her life lesson with flying colors- yellow ones!  Congratulations to her and to you.
Like
Melissa Mullany
The County Land Company - Saint Charles, IL
My 6 year old daughter tested for her yellow belt last year, and they had to "karate" chop through a piece of plywood while the parents held the ends. It was a flimsy piece of wood, but still was hard for the kids to chop through. Before the parents went out there, the instructor told us that if we wanted to "help" we could bend the wood back as they chop, and that it would break easily. Maybe I am terrible, but as I watched all the kids chop their piece of wood, every parent bent the wood and it broke on the first try. Since we were last I decided that I was not going to "help" and was not going to bend the wood. It took 3 tries, but I knew that Jocelyn did it herself. She was a little upset after the ceremony, because she was the only kid that didn't do it on the first try. I didn't tell her what had happened, only that she did her best and achieved what she set out to do. I had forgotten about that until I read your blog. It made me smile.
Like
Gregory Anderson
United Country - Fredericksburg, TX

Those immobilization and pinning techniques will pay off later in life as well, like when her husband leaves the toilet seat up or questions her latest shoe purchases.

Sharon...... I studied in a dojo the art of Go Sho Ru, a Korean martial art. My instructor was a 10th degree black belt and knew Chuck Norris personally. His dedication to self discipline and respect toward others has always stayed with me. He lived what he taught..... he was also a Christian. =-D

At the seasoned age of 50 he started a weight lifting program. There was considerable pain the first couple of weeks...and much time of adjustment (about a month), but he stuck with it and it added to his style and ability as an instructor. I am sure with everything he is doing he will live well into his 80s or 90s.......

I hope your little one is instructed in all the ways of being a rounded, self disciplined human being....and it will add to her life as well!

David - I will tell her someone from far away is congratulating her on her success. That should put a puzzled look on her face. Thank you!

Gina - Thank you for the emotional connection. I was tearful when I was putting her to bed. She just had her long awaited braces put on the day before and had a big pimple on her chin but her pride outshined all the blemishes and she is growing up.

Melissa - 6 years old! Wow! I find your decision the best decision because your daughter learned a real lesson. Those are the ones that will help our children through their whole lives. Any pictures?

Gregory - My life would have looked very different if I had a yellow belt! You can bet on that!!! Thank you for putting REAL VALUE on the face of Karate!

Great post! My Willow tests for her yellow belt in tae Kwon Do this Saturday. I think these programs are wonderful for the kids. The reinforce such discipline and determination. Congratulations to your granddaughter!

Like
Sheron Cardin
California Moods Inc - Selma, CA
ARTIST - A Home Stager/Sellers Best Friend!
Alexander - These kids are also taught the respect they sometimes don't see at home, and the ways of the ancients in China and Japan. They become a part of something sacred and that is so beautiful to witness. I think I am getting as much out of it as she is. Thank you so much for the inspiration. Haley is taking Kenpo Karate. I didn't realize there were so many styles of marshall arts.

Melissa- Thank you for doing the right thing even though it was so hard for you to watch her struggle! We parents can be the worst kind of enabler, and of course its all motivated thru love. I would have told her what the deal was with everyone else having the board bent, but it may not have been the best thing...

I especially appreciate the non violent teachings of these "arts", especially when the teacher shows the student how to redirect his opponents aggression back to themselves. Talk about a life lesson!

My brother has a black in Jui jitsu (spelling?) and he is a rock solid gentleman. He had a horrible hunting accident when he was much younger which resulted in some pretty drastic long term results primarily on his left arm...almost unusable for about 20 years. Well, about 4 years after getting into martial arts he was having some extra difficulty with his arm and back, lots of pain etc...the doctor told him he was having nerve regeneration and muscular growth like nothing he had ever seen! (they are still studying his case) My bro had pins in his arm for over two decades, 2 years ago they pulled the pins (his body was fighting against them which was causing the pain) and he has more strength and mobility and less pain than he has ever had. Plus his arm is almost 2 inches longer! Everyone attributes this to the Jui Jitsu! I am definitely a believer!

Hi Sheron, my dear friend!  Please congratulate your grand daughter for me!

Travella - That is such a beautiful name. Reminds me of a traveling Cinderella. Your brother is a strong man and a good one it would appear. You have got to be proud

Damion - Thank you, I will tell her but she will kill me if I put her picture on the Internet but I will pass on the well wishes. Would you recommend trying different methods and do the belts work with all?

Diane - My computer is a little bogged down right now and your picture was slowly revealing itself and it took my breath away. How absolutely wonderful you are for going to the trouble of finding a beautiful lotus blossom for my little girl. I am going to save it and use it for my monitor's wallpaper. HUGS

Like
John Hruska
Homes Charlotte, LLC - Charlotte, NC
I think it's a great post.  Congrats to your granddaughter
Like
Sheron Cardin
California Moods Inc - Selma, CA
ARTIST - A Home Stager/Sellers Best Friend!
Hi! Im haley. sheron's grandaughter. thank you for congratulating me. I really appreciate it. I am 10 years old and just got my yellow belt. I don't blame you if you're freaking out right now. Why? Everybody thinks I'm a teenager. Once I went to an In and Out Burger restaurant with my mom, her boyfriend, and I were meeting my grandma there. when my grandma finally came and asked the waitress for the Smith or Amanda table. you'll never guess what the waiter said. SHE THOUGHT THAT I WAS A TEENAGER WHEN I WAS ONLY IN THE FIRST GRADE! And she was right. About what? I probably am going to kill her for putting my picture on the internet.
Like
Joan Whitebook
BHG The Masiello Group - Nashua, NH
Consumer Focused Real Estate Services

As a woman turning 50, I decided to start kempo jusitu -- It was a great experience -- however -- because I could not move the way I used to -- I started going to classes with kids.  This martial art is great! The kempo philosophy was very good for the kids - and it really built self esteem in the children -- both physically and mentally!  I think more girls should be encouraged at a young age to experience the martial arts -- and as an added benefit they also will learn self-defense.  I go to the orange belt before my knees gave out!  We thought we would change out name to Black Belt Realtors -- we kick the heck out of the competition!

Like
Maggie Dokic | Miami, FL | 888.883.8509 X101
eXp Realty LLC - Miami, FL
GREEN, CDPE, SFR, Pinecrest | Palmetto Bay |
Sheron, great story.  Thanks for sharing.  Are you sure that's your granddaughter and not your daughter?  You look fabulous Girl!!  And thanks for letting Haley comment.  She is sooooooo cute.  Congratulations to you both!
Like
Sheron Cardin
California Moods Inc - Selma, CA
ARTIST - A Home Stager/Sellers Best Friend!
Thank you Damion, it is good to know there are choices since there will most likely be some relocations in the future. Appreciate it!

Like
Sheron Cardin
California Moods Inc - Selma, CA
ARTIST - A Home Stager/Sellers Best Friend!
Maggie - I just saw your comment...you must have slipped in there. Thank you for the compliment. I think I am too young also but it is a fact. I think she really likes this blogging thing. She will be away for the weekend but we may very well see her pop in here with a comment or two.

to HALEY:  Hi Haley!  I know your mother appreciates you looking out for your little brother.  We want you to know that we are proud of you for all you do and for having a wonderful grandmother who we love too!

Do not worry about being big for your age, before you know it, your size will not matter.  It will be what you DO that matters and it already looks like you KNOW the RIGHT things to do!

Sheron:  thanks for sharing  a lil bit of your family with us. 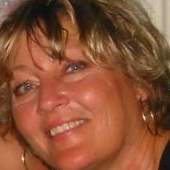