We had a networking meeting today at the Collin County Association of REALTORS and that is normal for a Tuesday we have them every week. What made this week different is that we had the company of Judge Charles Sandoval in attendance and he was in fact our featured speaker. Now he is an elected official and up for election but, all he said about that was don't forget to vote today.

The more important topic that he brought us was that there is a treatment that he found by attending a meeting a year ago in Chicago. He is sentencing people coming through or assigned in to his court to this treatment. He says that maybe 90 percent of his "offenders" are there due to a problem with drugs or acohol. This treatment is helping 70% of them stop the drug use-specifically meth. His cases cover things like burglaries, car breakins and even child abuse cases. All track back to the use of a drug of some sort. In Texas we do have a program in the jail system that takes a year to complete and most of the "offenders" aren't anxious to participate in that one-this other one is an injection treatment and a talking treatment that seems to work pretty well a 70% success rate and they will even ask for this sentence when given the choice of 1 month or 1 year I guess the choice is easy. The best part is the parole officers are the monitoring arm and it actually shrinks the part of the brain that crys out for the drug. He has already put 20 people through the program and the state has jumped on board with an allocation on $180,000 towards the program. It's not enough but, perhaps when they realize that it costs us probably closer to $30,000 to house someone in jail for just one year this is a better plan!

They have also brought it to the attention of the jails. There is a Doctor in Dallas Dr. Urshal who will administer the program for someone outside the correctional system for $12,000. The judge told us that is probably a deal for most meth users. This drug is called Prometa, the one for alcohol is called Vivitral.  They are planning to try to get this information to the schools next. I already sent an e-mail to my principal with the information on the programs. What a gift, to have someone in the judicial system who cares enough to really try and solve the problems! He struck me as an amazing man, perhaps you know another amazing person in your town who needs this information. Judge Charles Sandoval is an elected judge for the 380 district court in Plano, Texas.

Show All Comments
Rainmaker
212,974
Danny Frank
Keller Williams Lake Travis - Lakeway, TX
The Lakeway Real Estate Expert
Get involved.... See my post at http://activerain.com/blogsview/402172/PARTICIPATING-IN-THE-TEXAS  Also if you are going to be a delegate in Texas, you need to check out this site: http://texasrealtors.com/web/4/32/pa_programs/pa_deleg_program.html
Mar 04, 2008 08:30 AM
LIKE
#1
Anonymous
anon

By touting Judge Sandoval's program, you are in fact hurting our community.  Please read on.

I sent an open records request to the judge asking for any documents that would justify a claim of financial savings to the county.

I received this reply from the Judge, "This office has no records of the Prometa pilot program."

I also sent open records requests to the county, they responded with some assessment data on the program, but their response to the specific question of financial savings was, "No financial data kept by Collin County CSCD [Community Supervisions and Corrections Department]. This would be a 380th District court question."

Sandoval's unsubstantiated claim of savings to the county is, unfortunately, only a very small part of the concerns some are having over the judge's involvement with the Prometa drug treatment program.

Judge Sandoval's enthusiastic endorsement of Hythiam's Prometa program for treatment of addiction has raised some eyebrows around the county. Hythiam frequently touts Sandoval's praise and Collin County's participation both in marketing Prometa and in marketing Hythiam's own stock.

But not everyone sees the Prometa program in the same light.

For example, Hythiam and Sandoval both are quoted as saying that 14 of the 20 participants were drug free after 90 days. However, urine analysis data collected by the county probation office shows a radically different outcome - only 9 of 20 clean, and with one suicide. In December, the Tacoma News Tribune reported that, "Bob Hughes, director of the probation department in Collin County, gave different numbers to The News Tribune in a recent interview. He said nine of the 20 drug court clients who received Prometa - less than 50 percent - were still clean."

"I kind of reserve judgment till this thing has been around a while," Hughes said. "It's too early to tell how it's gonna turn out. We have some people who are convinced it's really changed their lives. You can't really quantify that. I've seen a few good things and heard some good things from people. I guess I'm still skeptical."

I asked Mr. Hughes if he stood by his statements to the News Tribune. He told me that he does.

Also skeptical is Kathryn Cunningham, director of the University of Texas Medical Branch's Center for Addiction Research, who told the Dallas Morning News, "There's been a lot of marketing hype before the evidence exists," she said. "This is not something I'd personally want to spend my taxpayer money on ... I know a lot of scientists in this area, and we're all singing the same tune. This is misguided."

Dallas Judge John Creuzot agrees. In January, the Dallas Morning News quoted him as saying, "I don't think anybody should be spending any amount of money on something that hasn't been clinically researched to be safe and effective," said Dallas Criminal District Judge John Creuzot, who was approached about the pilot program but refused to participate. He said the company marketing the treatment is "in the business of making money, and they did a great sales job on some well-intended legislators in Texas."

It appears they did a great job on one Collin County Judge too.

Ethics issues have followed Hythiam's attempts to market Prometa in other jurisdictions. Tacoma, Washington abandoned its Prometa program when the data was called into question and it was learned that key decision makers in the county owned large blocks of stock in Hythiam. In Indiana, one key state employee was hired by Hythiam soon after the company declared a pilot program in Gary a success.

The data used to market the Prometa program has also been called into question. Prometa is not FDA approved for addiction treatment. There are no "peer reviewed, double-blind, placebo controlled" studies that scientists and the FDA say are needed to prove the effectiveness of drugs used on humans.

Hythiam and Sandoval's claims of a 74% Collin County success are disputed. But it is difficult for an independent observer to make a judgment on the competing success rate claims, since Hythiam and its vendors keep and analyze all test data, it is not made available to the public. The doctor who ran the test program and reported data sells the Prometa program out of his Dallas clinic...he has a personal financial interest in the success of Prometa.

In other jurisdictions, the data has also been called into question. Fulton County, Georgia told the Tacoma paper that, "We discontinued the program because it had not been effective for our Drug Court defendants,... We do not plan to use the program in the future."

Tacoma's county auditor reported that the clinical data, once the "placebo effect" was factored in, showed statistically insignificant improvements.

Another aspect of the Prometa pilot programs that cause concern has to do with the ethics of human testing of unproven drugs on prisoners and probationers.

Many of the participants were in jail immediately before they were enrolled in the Prometa program. What were they promised? Did they have a choice? Were they warned of medical and legal consequences? Were they in a position to refuse without sanction?

In my open records requests to the Judge and to the county, I asked for the protocols, policies and forms that were used in recruiting participants. Collin County responded with, "Collin County CSCD has no such documents. This exchange would have been between the 380th District Court and the defendant." The response from the judge was, "This office has no records of the Prometa pilot program.".

Collin County and the 380th District Court have applied to the State of Texas for a grant that could be used for additional Prometa testing. They have been awarded the funding, but I can not find any detailed plans for or about these future tests.

I believe it is proper to ask if it is right to use our taxpayer dollars and court resources for testing unapproved medical treatments on prisoners. I believe we need to require that our elected judges seek input from the local community and authorities before entering into testing and marketing programs with drug companies.

And I believe there is a lot more we need to find out about Prometa before any additional prisoners are experimented on.

Mar 07, 2008 08:46 AM
LIKE
#2
Anonymous
John
When Sandoval is gone, a great evil will be lifted from our land.
Apr 08, 2008 07:36 PM
LIKE
#3
Rainmaker
55,582
Doris Barnett-214-236-2908 cell/txt
Consultant - Plano, TX
Real Estate Consultant: Ask for your Better Biz
One of the greatest things about this forum is that we can accept conflicting or alternative views and then perhaps reconsider our own. I appreciate all input and respect your efforts to clear any misinformation that I may have been given.  Sincerely appreciated! Doris
Apr 11, 2008 09:57 AM
LIKE
#4
Show All Comments
Older Post Newer Post
Back to Top
Find what you need?
See More Blog PostsAbout Real Estate! SEE MORE NOW!
Rainmaker
55,582 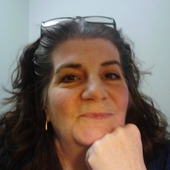