I know everyone in the US of A and across the pond think of Orlando as this huge city... (Of course, the 50 million visitors stopping to visit the Mouse and Friends blows reality out of proportion.) Quite the contrary, Orlando's million-ish people implanted from around the world is very small... The city is such a baby, every decision on the development of downtown Orlando will have significantly more impact on the future of Orlando than some older larger cities.  The downtown development board including  the mayor, Charr Midkiff , Naeem Coleman and others are at the top of their game and working hard to make sure they stay on top of all the changes in downtown Orlando.  They were instrumental in the implementation of the ambassador program which is designed to make downtown visitors feel more comfortable with all the new development, and they are up to date on all the new coffee Shoppes and the latest hamburger joints as well as the current changes to awesome projects like 55 West, the Paramount and Tradition Towers. Most of all they have a good idea of the impact each project will have on new residents.  It's too bad the real estate market hit low gear before the newest housing projects had a chance to impact each other.  I think the momentum would have carried them past their most obvious obstacles.... In my opinion, development of a reasonable public transportation system and the opening of the newest downtown venues (Citrus Bowl, Magic Arena, and the Performing Arts complex)...But time marches on, and Downtown is still seeing closings taking place at the Vue, and within a short time 101 Eola... final sales are taking place at the Solaire and Sancutuary and the Star...Charr and company give a city's update the 1st Thursday of each month at the seaside plaza, on the corner of Church and Orange, 8:30 am... it's worth the visit.

Show All Comments
Jackie Cross
Real Living All Florida Realty - Port St Lucie, FL
With still 900 people moving to Florida a day and Orlando being one of the main points you won't be a baby city for long.
Like
Robin Lundholm
Cape May, NJ
I just returned from a trip to Disney this morning.  I too live in a resort town and was looking for similarities and talking to one of the locals about the town itself.
Like
chevron_left
Older Post
Back to Top
Newer Post
chevron_right
Rainmaker
14,249 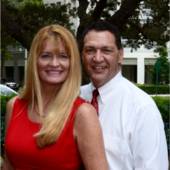