Check out our "Resource Center" to your left to find a tool that suits your mortgage or real estate needs. Now is the time to take action!
Read the full story at BusinessWeek.com

BUSINESS NEWS
Airborne Settles Lawsuit for $23.3 Million
The herbal supplement firm will settle a class-action lawsuit that alleges false advertising. It looks like money will be refunded to customers...
Read the full story at CNNMoney.com

YOU TUBE VIDEO OF THE MONTH
Hilarious Japanese Prank Show Video Clip
A compilation of video clips from a Japanese hidden camera prank show that will have you rolling! Just click on the link below and enjoy.
Watch the video clip at YouTube.com

Entertainment
Ridley Scott To Make a Monopoly Movie
There's word from Down Under that Monopoly will be made into a major motion picture, and it will actually be directed by the great Ridley Scott.
Read the full story at Cinematical.com

PHOTO IN THE NEWS
First Mars Avalanches Seen In Action
The first-ever picture of avalanches occurring on Mars might have had scientists yodeling for joy when they found it among the latest batch of images from NASA's orbiting HiRISE camera.
Read the full story story at NationalGeographic.com

: A man was wanted for throwing bricks through jewelry store windows and making off with the loot. He was arrested last night after throwing a brick into a Plexiglas window...the brick bounced back, hit him in the head and knocked him cold until the police got there.

: Police charged Gregory Rosa, 25, with a string of vending machine robberies in January when he: 1. fled from police inexplicably when they spotted him loitering around a vending machine and 2. later tried to post his $400 bail in coins.

: Karen Lee Joachimi, 20, was arrested for robbery of a Howard Johnson's motel. She was armed with only an electric chainsaw, which was not plugged in. 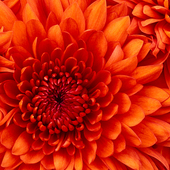