The impact was also felt in places like Collin County as well as Dallas County, the latter reporting 2,299 foreclosure filings in October 2007. The fact of the matter is that although the rate was 1.4 times the national average yet it was seen as a drop of 37% from the previous month. The bank foreclosures rate in Dallas County was one in 398 homes in October 2007. Although people of Dallas County can feel happy about the fact but it is still among the top 5 and is constantly adding to the existing repository of Dallas foreclosure homes.

Dallas Metro area has made a huge contribution to the Texas bank foreclosures by recording a total of 3,450 properties in filings by the end of October 2007, which includes 900 REO’s and is 1.26 times the national average. The foreclosure homes rate in Dallas metro was one in 437 homes. The highest rate in Dallas metro area was actually posted by Kaufmann County, which had a rate of one per 313 homes and was 1.77 times the national average. It was followed closely by Ellis County and Rockwall County. 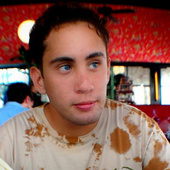