I had some client's that looked at a home a few months back that they really liked.  In fact, I could tell as soon as they walked in that there was that excitement that comes from the realization that 'this could be the one'.  Unfortunately for them, it happened to be the first home I had selected for them to view...  Being new to the process and being determined to get the best deal, they held off.  I told them at the time that the home was priced very well, at nearly the bottom of the market for that area and had only been on the market 11 days and had already been in escrow and fallen out - to me that indicated that it was priced in a way to create demand.

Nothing we saw after that exited them like that first home, so two weeks when we went out looking at homes again we took a second look at that home and they liked it even more.  They decided to wait on the home again for a second time and a few days later I had to call them and let them know the home was under contract.  They were genuinely shocked and disappointed.

While it is possible that the home could have stayed on the market even longer and eventually dropped in price or the seller's become more eager to bargain, what is wrong with making an offer on a well-priced home that you LOVE?  Let's remember that we have to live in these homes, raise our families in these homes, and come homes to these places after a long day of work.  It's great to get a deal, and I would argue that there are more great deals out there than there are great homes and if you find one that is both - then don't hesitate...make it yours!

Show All Comments
Tiffany Cloud
HomeSmart Real Estate - Gilbert, AZ
Here is an update on those folks:  It has been four months and they are still looking for homes.  They are now looking with someone else...
Like
Matt Crow
Huntley Realty - Huntley, IL
www.mattcrow.com 630-728-6051

Buyers have been bombarded by the national media with the "fact" that the market is terrible and bargains are every where; homes are sitting for years on the market and sellers must take what they can get before they go into foreclosure.  Now, the reality isn't anything similar to this for most of the country, but 15 minutes in front of any TV in America and virtually anyone would be convinced of this.  The real fact is that in many markets, it's a GREAT time to buy.  Smart sellers are listening to their professional REALTORS and pricing homes right.  Demand is out there and homes do sell.  Educate your buyers!

Be of service! The rewards will come!

Like
Scott Guay
Berkshire Hathaway Home Services PenFed Realty - Ocean Pines, MD
Associate Broker. Ocean City and Ocean Pines MD
I could not agree more.  Buyers must look at things differently then investors. Yes you want to get a deal but do you really want to lose the home you really liked.  Reminds me of a saying "The home you saw today and want to think about it till tomorrow someone else saw it yesterday and is making an offer today"
Like
Timothy P. McDonald
P. Timothy McDonald, Esq. - Warwick, RI
People just cant help themselves. In this market, to find a home that you love, and that is in your price range and not act is silly. What is a home? an investment or a place to live? In the case of your clients it is neither now.
Like
Gary McAdams
GMAC Schwartz Property Sales - Key West, FL
I am finding that all the time too.  The buyers think it is going to drop lower and lower then they loose the house.  After that nothing satisfies them as much as the one they lost.  Wouldn't it be nice if buyers and sellers would realize those of us who do this every day know what we're doing?
Like
Tiffany Cloud
HomeSmart Real Estate - Gilbert, AZ

Matt - you are so right - demand is out there and homes do sell...keep spreading the word!

Scott - What a great saying, and sums things up nicely.  think I will borrow that if you don't mind!

Timothy - You are right it is silly and I wish the media would do some news coverage on all the wonderful homes that people have missed out on...  maybe I should write a piece for our local newspaper editorial section this Friday....

Like
Maria "Antoinette" Scognamiglio, GRI, ASP
Coldwell Banker Realty - Mountain Lakes, NJ
There's no substitute for EXPERIENCE!
Tiffany, this happens in Morris County, NJ alllllllll the time.  Their reliance on the media is holding them back from moving on with their lives in a lovely home.  By the time they feel it's "safe" to buy, the opportunity will have passed.  And then when we, the agents, counsel them that they should make an offer, we'll be accused of "just wanting to make a commission."  I don't get this personally from my clients, but I read many forums (not always contributing) and I see the attitudes out there.  All we can do is educate and be of the best service, yes?  Thanks for a great post.
Like
Mark Organek
And the United States of America - Mesa, AZ
It's not a game, it's your life.
Tiffany, I recently recommended that one of the agents I work with should drop a client.  This guy would only target REOs and then submit offers 10% to 20% below list price; regardless of comparable values.  She showed him one in Chandler at 1500 sqft. for $160,000 that was easily worth $210,000.  He wrote at $140,000 and that was the final straw for her.  Thank goodness I didn't have to do his loan!!!
Like
chevron_left
Older Post
Back to Top
Newer Post
chevron_right
Rainmaker
39,151 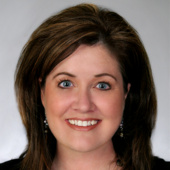