According to the AFRO-American Newspapers, a group of housing advocacy organizations wants the Prince George’s County Foreclosure Task Force to find ways to stem a rise in recent foreclosures.

The surge in foreclosures can be traced to the Maryland Foreclosure Mediation Law which was passed in 2010. The law required banks to assist homeowners in foreclosure proceedings with securing loan modifications. The banks finally became compliant with the law this year and the backlog of mortgages, “are moving at a break neck speed,” said Mary Hunter, director of the Housing Counseling Program at HIP Services, Inc. (HIP). Housing experts say the spike will continue until year’s end as the job market remains unstable and banks look to clear their books of housing inventory. 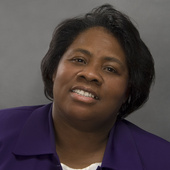