First responders are our real life heroes here in Austin.  They are the police officers, EMTs, fire men, etc. who sometimes put their own lives at risk in order to save the lives of complete strangers.  The 100 Club of Central Texas understands the sacrifices these real life superheroes and their families make.  That's why they are co-hosting an Austin Wing Eating Contest at Pluckers Wing Bar in Round Rock.

The Austin Wing Eating Contest is set up into four different categories: men, women, children and first responders.  To qualify, men and women must come to Pluckers by the end of business today, August 23rd, 2013, and eat 10 wings in three minutes or less in front of their server.  Children don't need to pre-qualify.  Once you've passed the qualification process, you will automatically be entered into the Austin Wing Eating Contest on Saturday, August 24, 2013.

For the contest itself, the winner of each category will be determined by who can eat the most wings in the given amount of time.  For men, this will be eight minutes.  For women, it's five minutes.  Children will have four minutes to compete.  Women and children will even be allowed to compete with the men if they want.  Prizes will be awarded for each individual category.  However, the winner of the men's competition will receive an F1 Race Weekend prize package.

10% of the proceeds from the Austin Wing Eating Contest as well as $2 for every wing eaten by a first responder will benefit the 100 Club of Central Texas.  This non-profit organization provides legal, financial and emotional support to the surviving families of first responders killed in the line of duty in the Austin area.  Even if you aren't competing, come to Pluckers in Round Rock on August 24th to cheer the competitors on.  There will be fun stuff for everyone to see and do!

For more information on this and other Austin homes for sale, please visit my Featured Austin Listings page.

Originally posted on my All About Austin real estate blog here: http://allaboutaustintexas.com/austin-wing-eating-contest/.

Sounds like a contest.  I wonder if anyone gets to 30 or 40 wings in those time periods. 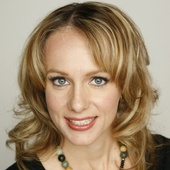 Realtor Shay Hargus specializes in the sale of Homes, Condos, Luxury Homes, Investment Properties in Austin Texas real estate. Working extensively with with both local buyers, investors and buyers relocating to Austin. View all homes currently For Sale In & Around Austin. One Stop Home Buying Resource.