Agent profile of the day today is Mr. Kevin Blackwell.

Kevin was born on Aug. 17, 1980 at Good Shepard Hospital in Longview, TX.  His parents, Rodney and Darrel, raised Kevin in East Texas until his graduation from Hallsville High School in 1999.  He then moved to Tyler to attend The University of Texas at Tyler as part of their second freshman class.  After a year, Kevin decided to put college on hold in order to serve his country.  He joined the United States Marine Corps and served on active duty for 5 years.  During that time, Kevin was deployed in support of Operation Enduring Freedom and stationed throughout the U.S. and Pacific.  Afterwards, Kevin returned to his East Texas home to complete his degree in Business Management.  While in his final semester of college, he met his wife Megan Hollis, a graduate of Bullard High School, and the two were married on Oct. 24, 2009.  Shortly thereafter, Kevin and his wife Megan moved to the Phoenix suburb of Mesa, AZ.  On Memorial Day of 2012, they welcomed their daughter Shannon Lynn to the world.  Kevin and Megan then decided to move back to Tyler be closer to family and raise Shannon in an area that shared their values.  Kevin began his East Texas real estate career in 2013 and is dedicated to helping individuals and families find the their perfect home. Groups:
Posts to Localism
Realestateandfunding
Diary of a Realtor 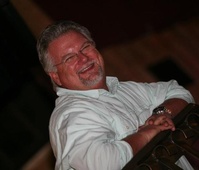 Real Estate General Information over 2 years ago
bookmark_borderbookmark
Ok, every now and again I just have to vent.
View more Recent Posts   arrow_forwards